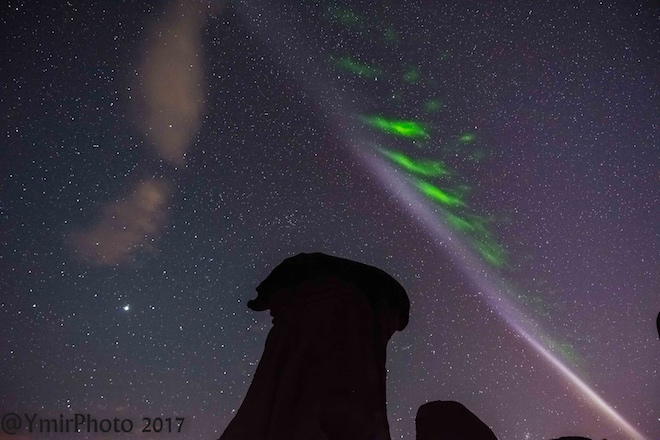 Last Saturday, during a geomagnetic storm caused by a stream of solar wind, photographer Harlan Thomas settled among the sand pillars of Hudus in the Canadian province of Alberta, hoping to catch the aurora at the camera. And that’s what he saw.

“Steve has appeared! I photographed it over the silhouettes of Hoodus next to Jupiter and the green light, “says Thomas.

Steve is a purple arc that cuts through the sky. Over the years, observers of the northern sky have reported this glowing band, sometimes dancing among regular auroras. It was often called a “proton arc”, until researchers noticed that protons probably do not have anything to do with this phenomenon. Therefore, members of the Alberta Aurora Chasers group gave her a new name: “Steve”.

The physics underlying the purple ribbon is completely incomprehensible. But recently one of the ESA mission satellites Swarm met with Steve and provided some clues. 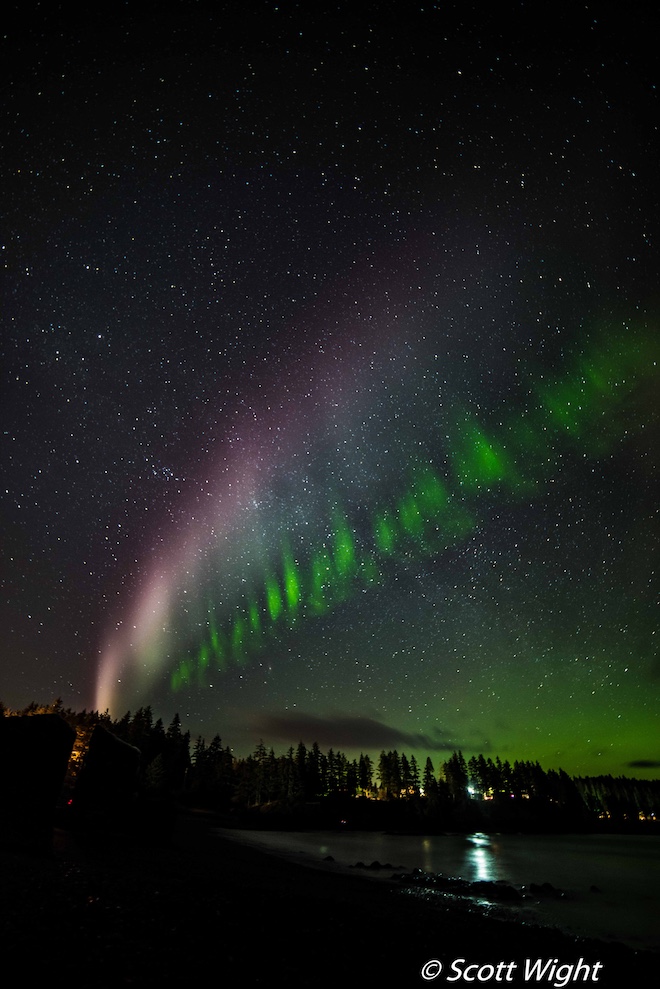 “As the satellite flew straight through Steve, the device that fixes the electric field showed very clear changes,” reports Eric Donovan of the University of Calgary. – The temperature at an altitude of 300 km above the Earth’s surface jumped to 3000 ° C, and it was discovered that a 25 km wide gas strip flows west at a speed of about 6 km / s, compared to a speed of about 10 m / s on the sides. ”

Steve’s visit to Alberta on May 20 coincided with another exotic form of auroras: a green “picket fence”. It is believed that these vertical rays follow the magnetic lines of force connecting the Earth with the cosmos. The glowing green columns show where the rays of energy particles are directed to the upper atmosphere of the Earth by magnetic fields.

Both Steve and the picket fence are filamentary structures associated with rays or gas strips. Coincidence? Hardly. In the pictures, they often turn out together, which can be another key.

This is the second time in three nights when Thomas saw Steve. “He also spent 15 minutes with me on May 17,” says the photographer. In the next weekend, new meetings are possible, as the solar wind continues to attack the Earth.