On September 25, another crack opened in the Earth’s magnetic field. The result was a Kr5-class stalageomagnetic storm that triggered a flash of auroras over Lofoten in Norway.

“It was incredible – just great!” – says photographer Geir Svendsen from the village of Digermulen. 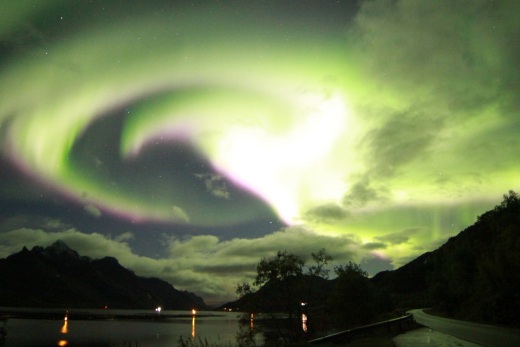 Yes, cracks in the Earth’s magnetic field are real. Most often they open on the days of the equinox – a phenomenon called the “Russell-Macferron effect.” Through these cracks, geomagnetic storms can occur without any corresponding solar event. Even a light gust of solar wind can cause bright auroras.

The pink vortex that outlines the bottom of the vortex is called the “nitrogen strip”. Most auroras are green – the color of oxygen atoms hit by energetic particles from space 100 to 300 km above the Earth’s surface. The pink color appears when energetic particles fall below normal, striking nitrogen molecules at a level of 100 km and below.