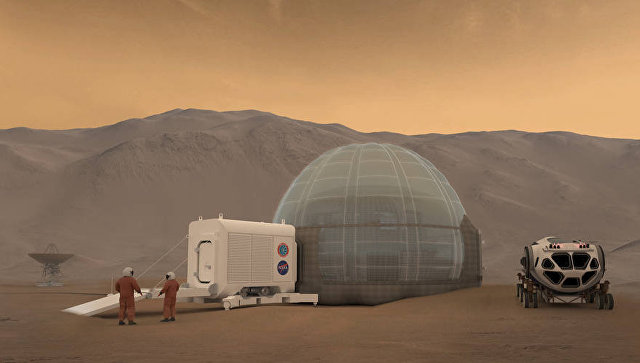 Georgia joined the project of space exploration, offering the cultivation of grapes, the National Museum of the country said.

As Sputnik Georgia notes, the US space agency NASA is actively working on the project of colonization of Mars.

The National Museum told us that NASA astronauts at the space station had already conducted several successful experiments on growing food products.

“The potential that Georgia has for working in this direction is unique in the world, as it concerns the oldest culture of vine cultivation,” it was reported.

Georgia will create a working group of representatives of state structures, as well as educational and research institutions.

At the first stage, the initiative group will include the Ministry of Education and Science of Georgia, the National Museum, the University of Business and Technology, Microsoft representative Nikoloz Doborzhginidze and the company Space Farms.

The Georgian creative agency Windfor’s also worked on the development of the project.

“The Stamba Hotel is the first urban green vertical greenhouse in the region to be operated by Space Farms,” ​​the report said.

The greenhouse-laboratory will start operating in September 2018. It will grow, explore and develop special varieties of vines.

The University of Business and Technology (BTU) and the European Space Agency will join the process, and HP will provide technical support.

“The implementation of the project is important for the positioning of the country not only in the process of becoming a regional technological hub, but also for the popularization of the ancient historical and cultural heritage of Georgia,” the National Museum of Georgia emphasized.