Geysers of Enceladus with the eyes of Cassini 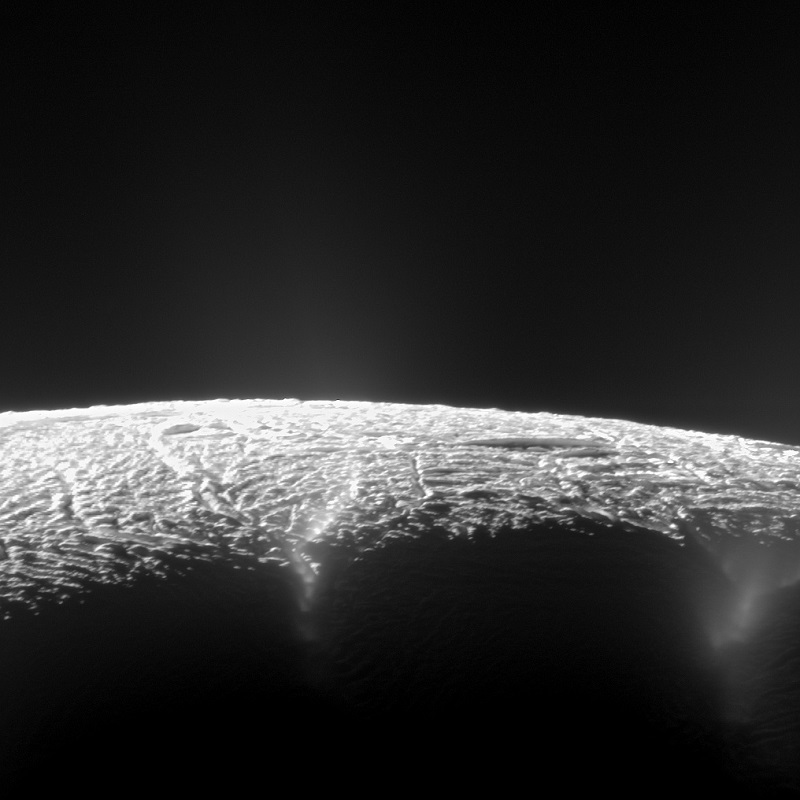 The magnificent picture of Enceladus, a satellite of Saturn, presented here, was made on August 13, 2010. It shows a dramatic region with two clearly visible geysers. These geysers, like the whole image, are directed towards Saturn. As scientists say, these geysers seem fuzzy and dull only because they are visible under an incline that is difficult to calculate. If it were not for this slope, then the keying geysers would be more visible to the cameras of the Cassini spacecraft.

The image was taken with the help of a narrow-angle camera installed on board the Cassini spacecraft, and also using a special filter. The scale of the image is 70 meters per pixel.

We remind you that in a month’s time the mission of Cassini should be finally completed, and the spacecraft itself will burn in the atmosphere of Saturn. Cassini will burn like a meteor and become part of the gas giant.