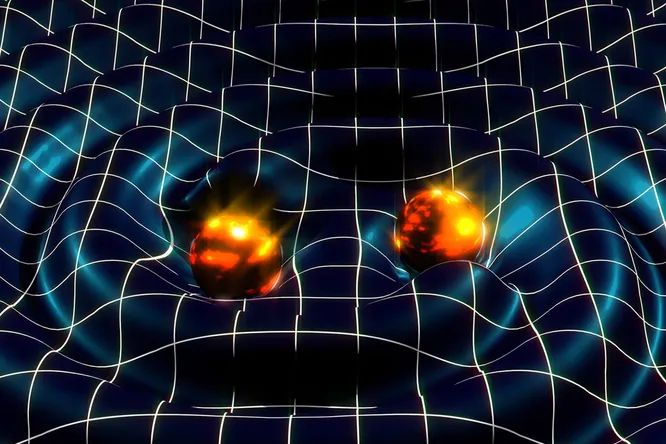 Physicists have proposed observing how gravitational waves from merging black holes or neutron stars interact with supermassive black holes. This is supposed to help understand why our universe is expanding with acceleration.

Gravitational waves can tell a lot about the world we live in. Physicists have proposed using these oscillations of space-time to understand the nature of the accelerated expansion of the universe

Our Universe is constantly expanding and the speed of this process is only growing. However, this description is difficult to explain using existing physical models. One of the assumptions is that on large scales, gravity behaves differently than the theory of relativity describes it. Until now, scientists have not come up with a way to check this.

For example, in one of the theories, physicists introduce an additional particle to describe the accelerated expansion of the Universe. She, among other effects, would create a kind of “environment” around large objects. If a moving gravitational wave collided with a supermassive black hole, it would generate new oscillations of space-time. Depending on what the wave collided with – the hole itself or the “environment” – the resulting oscillation would have its own characteristics.

In their study, the scientists conducted mathematical modeling and described how the characteristics of the waves will change under various scenarios. The authors hope to use the results of their work to analyze the data that the LIGO gravitational wave detector will receive in 2022 when it will be restarted after upgrading.