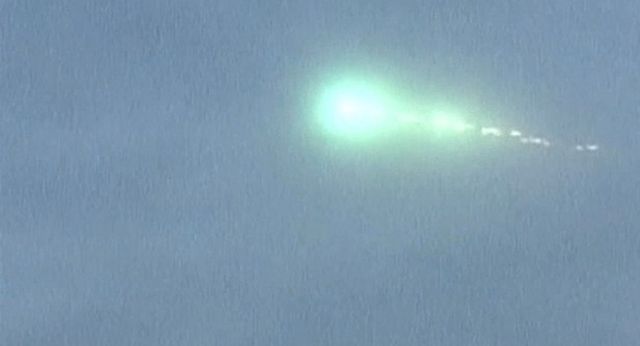 The people of Japan witnessed the unusual phenomenon. In the sky in the East saw a bright green ball. According to scientists, the object that was observed by the people of Japan, is swept across the sky by a fireball.

As stated in Japan’s National astronomical Observatory in Tokyo, striking the ball could not be a missile, because he was moving in the direction from East to West, i.e. opposite to the direction of rotation of the Earth around its axis.

According to Japanese experts, the object is likely to turned around the Sun, passing by our planet, he got into earth’s atmosphere where it burned. The color of the car may be different. The green glow is a common phenomenon for cars, say Japanese scientists.

The object was captured by a camera Nippon TV. As reported by witnesses, striking the ball was flying horizontally. Behind him stretched the trail of intermittent. Any evidence of the fall of celestial bodies on earth was found.