Half of the light in space comes from nowhere 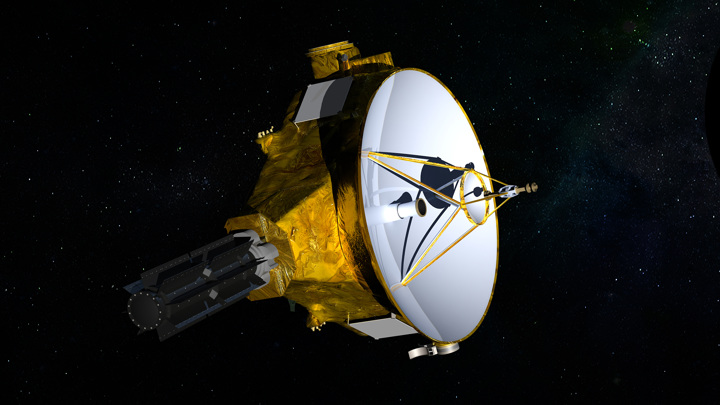 There is too much light in space. More than can be explained by radiation from stars, galaxies, or any other known source. Perhaps dark matter isn’t all that dark?

This surprising conclusion was reached by scientists who studied the sky using the optical camera of the New Horizons spacecraft. Their scientific article has been accepted for publication in the Astrophysical Journal. In the meantime, you can familiarize yourself with its preprint.

Far from cities, the sky on a moonless night seems to us very dark. The stars look like tiny dots in the impenetrable darkness.

But for sensitive cameras and telescopes, solid blackness disintegrates into many stars and galaxies that are inaccessible to the naked eye. But that’s not all. There is also a very faint background glow, as if emanating from the sky itself.

Where does it come from? This is mainly the light of the Sun, stars and galaxies scattered by cosmic dust. In addition, rays of galaxies and luminaries, too dim to be seen as separate objects even through a telescope, flow into this background. It is possible that there are other sources of light in the Universe that have not yet been taken into account by astronomers.

To understand how much background light is in dark space, it’s best to stay away from the Sun. Indeed, as the distance from the star becomes less, firstly, the sun’s rays, and secondly, the dust scattering light.

And this is where the New Horizons space probe can serve astronomers very well. It was originally intended for the exploration of Pluto and brilliantly completed this mission in 2015. In January 2019, he visited an even more distant object – Arrokot, formerly known as Ultima Thule.

In the near future, the probe does not foresee new encounters with celestial bodies. But he has become one of the very few agents of humanity on the outskirts of the solar system and can collect unique information about the conditions prevailing there. 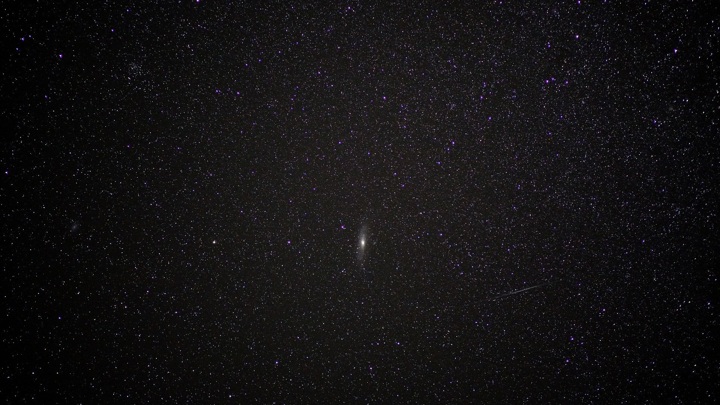 It seems that unknown light sources are lurking in the dark space of space.

The authors of the new study used a New Horizons optical camera called LORRI to study the background light of the sky. They analyzed data collected when the probe was 42 to 45 times farther from the Sun than Earth.

Of course, LORRI is not a telescope. But so far from our home star, the sky is about ten times darker than in the vicinity of the famous Hubble. And astronomers did not miss the opportunity to look for light in such impenetrable darkness.

They studied a series of images taken so that the plane of the Milky Way did not fall into the frame. The researchers took into account all possible light sources, including known stars, galaxies and the contribution of light-scattering cosmic dust (the amount of which is negligible in such a distant outskirts of the solar system, although it is still not zero).

In fact, only one source of light remained “under suspicion”: dim galaxies, which are indistinguishable to the camera as separate objects, but create a background glow. Then the specialists calculated what contribution these distant objects should make and subtracted it. But this reduced the background signal … by about half. Now it ranged from 9 ± 5 nW / (m2 sr) to 12 ± 5 nW / (m2 sr).

This result looks, to put it mildly, quite unexpected.

“They say that [from somewhere] outside galaxies [emanates] as much light as from inside galaxies, and that, frankly, is quite difficult to digest,” says Michael Zemcov of Rochester Institute of Technology, who was not involved in research.

Several years ago, Zemtsov and his coauthors performed similar work. Back then, the probe was closer to the sun, and besides, scientists used fewer images than now. So the measurements are not as accurate, but they do not contradict the new result.

Zemtsov considers the recent work of his colleagues noteworthy, but admits that its results will be difficult to explain.

Why is there twice as much light as expected? Perhaps because there are twice as many galaxies as cosmologists believe. But this hypothesis looks very bold.

“It’s very difficult to turn around and say to the astronomical community: hey guys, we didn’t notice half of everything in the world!” Zemtsov concludes reasonably.

Of course, the most tempting explanation has to do with dark matter. Astronomers really want to detect at least some manifestation of this mysterious substance, except for its gravity, so they are ready to attribute any unexplained effect to it (of course, as a hypothesis). Previously, it was associated with X-ray and gamma radiation of an unknown nature.

However, dark matter, like God’s providence, can explain anything. But extraordinary claims require extraordinary evidence. And first of all, you need to exclude the most banal and uninteresting version: a calculation error.

Although the article was accepted for publication in a reputable journal, this is not a guarantee that the authors were not mistaken in anything. It is necessary that the correctness of their conclusions be checked by the entire community of interested specialists. And only then will the time come for bold hypotheses.