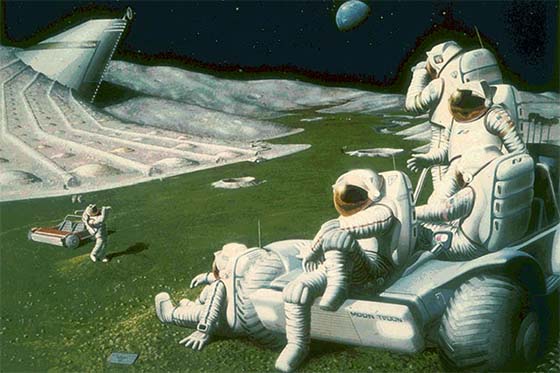 After SpaceX announced that it plans to send two space tourists to the moon, scientists began to talk about what will be expected of these people in the process of space flight – unrestrained vomiting, swollen face and constant urge to pee, radiation and other unpleasant sensations.

The flight will take about a week, but it will not be a pleasant space to walk. People find themselves in microgravity, will experience nausea and it will be connected with the “confusion” of the vestibular apparatus. In order to adapt to the new conditions, the body will need a few days. The face will swell, the feet will lose weight, because there is no gravity, which regulates the distribution of liquids in the body.

Begin copious urination, bones and muscles in microgravity are also undergoing change. However, in one week, as scientists believe, it will not lead to irreversible changes in the body, but there is another risk of radiation. Even the powerful weapons will not save you from the unexpected burst of radiation, if the time of flight aktiviziruyutsya solar activity, which will lead to the exposure of travelers to significant doses of radiation.

The first travelers to the moon, we can only sympathize…