He expects the probe New Horizons after Pluto 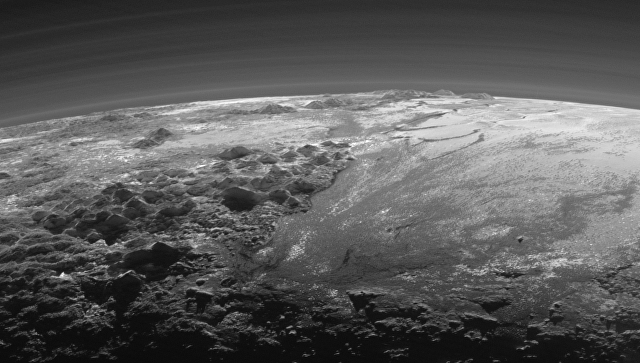 The leaders of the New Horizons mission said that he expects the probe into the future, how long it will last, and which open on the surface of Pluto has most changed the work of the project and has surprised the scientists, and also showed the first color map of the dwarf planet.

Thanks to New Horizons, we now have a astronomical Observatory located inside the Kuiper belt, the most poorly understood part of the Solar system and populated by objects that cannot be seen from Earth because of their dullness and small sizes, said Alan stern, head of the New Horizons mission.

The New Horizons probe is a veteran by the standards of earth’s space program — it was launched into space more than 11 years ago, January 19, 2006. After launching from Cape Canaveral it was the fastest spacecraft ever launched from Earth, moving with a speed of 58.5 thousand kilometers per hour.

However, the absolute speed record, as stern acknowledges, he did not put the probes Voyager leaving the Solar system, moving now faster, thanks to better gravitational maneuvers around Jupiter and other giant planets.

In July 2015 he arrived in the Pluto system, flying just 13 thousand kilometers from the dwarf planet and received a lot of detailed pictures of its surface and its moons. These images and data forever changed our ideas about Pluto – it was extremely complex and living world, whose surface is constantly being updated and changing, and it is not a lifeless piece of ice on the edge of the Solar system, as scientists previously believed.

Our famous photo of blue sky Pluto is a demonstration of how easy it is to make new discoveries and to change the concepts of space, if you just send the camera or the Observatory to the object that interests you. We have known for decades trying to uncover the secrets of the atmosphere of Pluto, and New Horizons knocked out of him the answer to this question for a second, like taking candy from a little child, — continues the astronomer.

According to him, he was most surprised by the two main open a probe regarding the surface of Pluto, and how did this dwarf planet.

We never thought that a planet the size of North America can be as complex as Mars or Earth. Even more we were surprised that the surface of Pluto has been and today are living from a geological point of view, there appear new forms of the relief, its surface flowing glaciers and there are other forms of activity. We never thought this could happen on a small planet that was supposed to cool down during this time. Both discoveries changed our understanding of planetary science and sparked our interest, he said.

As stern recalls, Pluto attracts not only planetary scientists, geologists or astronomers, but also ordinary public — in the day when New Horizons flew past Pluto, the NASA website had over two billion views and more photos and news of the probe came in the top of all social networks and news aggregators.

The discovery of many of these unexpected structures, such as glacial river flowing on the plains of the Satellite, resulted in the extension science team New Horizons, as stern and his colleagues had to seek help from scientists who study glaciers and volcanoes on Earth, Mars and other planets.

This week the probe was 11 years old, and NASA said that nearly the date of the circular, published the first color movie of the New Horizons rendezvous with Pluto, made up of a hundred individual black-and-white photographs of its surface, and creating the first complete map of the surface of the dwarf planet.

On this map, says stern, you can see not only the large features of terrain, like plains of Sputnik, the famous heart of Pluto, but also all other objects, including krivulkin off the southern tip of the heart, open scientists over the past half year. The Atlas, which according to the scientist, made of the high quality pictures of Pluto and the creation of new, more detailed maps would require sending a new mission to the dwarf planet.

If we had the opportunity, we would have sent to Pluto Rover, like the Mars Rover of NASA. The establishment of such a mission would be a matter of life for me – if we had a chance not only to get close to Pluto, but also to enter its orbit and to land plutonium on its surface. If we had the ability to move along the surface of Pluto and study it in different points, then such a project would be really worthy to be called a mission of the 21st century. And I know that other scientists think so too, continues stern.

All the names of plains, mountains, valleys and other structures on this map, as always emphasized in NASA, are preliminary. The right to their definition really belongs to stern, his crew and NASA, but in order to become official, a formality necessary permission from the International astronomical Union.

This organization is known for extreme deliberation – just this year, MAS has given the names of two hundred stars, which were known to mankind since time immemorial. We can therefore expect that the process of formally naming the heart of Pluto and other features of the relief can last for a very long time.

While we can’t even assign names to the MAC, as you must first complete the first step of this multi-stage process – obtain the approval of the theme, which must match the names of the objects on Pluto. We have sent our proposals to the Union, and now he needs to take the next step, and only then, will we be able to send those names that are on the map, — says the head of the mission.

The study Pluto probe life doesn’t stop – according to estimates by Glenn Fontaine (Fountain Glen), co-head of the New Horizons mission, radioisotope batteries, working on Russian nuclear fuel, will last at least another 20 years, until the mid-2030s. Now the probe moves in the direction of the object kasperskogo 2014 MU69 is a large asteroid with a diameter of about 60 kilometers.

This unremarkable and a small object, as explained by Kelsey singer (Kelsi Singer), one of the geologists in the science team, New Horizons, interesting to scientists for the reason that it is a primary lump of matter that formed Pluto, all the giant planets and other Solar system objects. Thus, his study with the help of tools, New Horizons will shed light on how the Earth was born, where did the building blocks of life and why all the planets of the Solar system look like what we see today.

According to her, today we know almost nothing about 2014 MU69, including the orbit of the asteroid. So today scientists constantly monitor the movement of the object around the Sun, clarifying and correcting its trajectory. According to NASA, New Horizons can take up to ten orbital maneuvers in order to reach the correct course of rapprochement with the 2014 MU69. The first of them, according to the head of the mission will be held on 1 February this year.

Now, New Horizons passed approximately 40% of the way to 2014 MU69, and he will reach the equator of this trip in April 2017. When the probe will reach the asteroid in January 2019, it will pass about six billion kilometers since the start, getting into the absolutely unexplored and unknown to us the space beyond the orbit of Pluto. 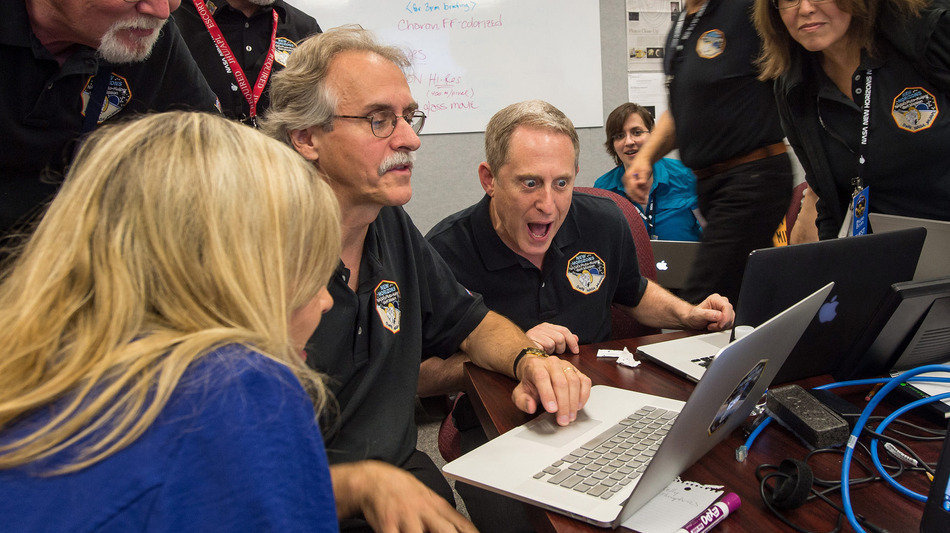 Because of the vast distances a signal from Earth to reach New Horizons with a huge delay of about 6 hours, and come back as big time. Because of this and the extremely low data transmission speed of about 500 bits per second, scientists will develop a program of observation and send the appropriate commands to the probe long before it gets closer to 2014 MU69.

As noted by singer, program New Horizons will be the same as the probe studied Pluto — it will include the tools the day before the rendezvous, get a variety of color, black-and-white and three-dimensional photos 2014 MU69, and will do the same when you remove from the planet. The most successful photographs according to scientists, will allow to consider the objects the size of a skyscraper. As I hope NASA probe will fly at the distance of only three thousand kilometers from the surface MU69 2014.

In addition, on the way to the asteroid New Horizons will get pictures of about two dozen other objects that will help scientists understand how it formed 2014 MU69 and to what family they belong to asteroids. These pictures, according to stern, additionally will help the New Horizons team to understand whether there are any obstacles in the path of the probe and avoid them if necessary.

In General, scientists expect that New Horizons will encounter some serious problems for map boundaries of known space and hope that the images and data on the device 2014 MU69 will help us to reveal the secret of the birth of the Solar system and how can be formed the counterparts of the Land.