Hell in space: fantastic heat on an exoplanet record close to a star 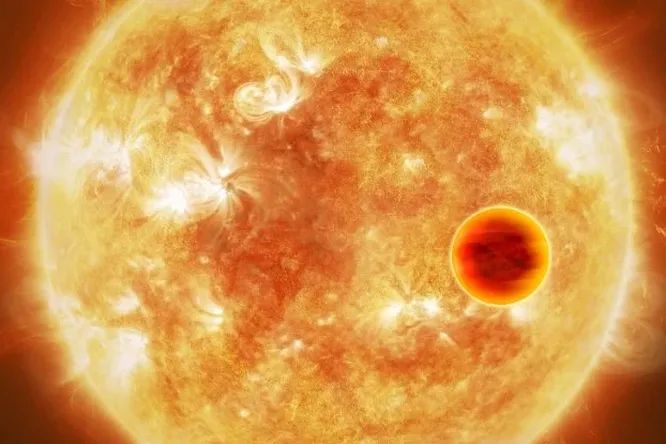 Scientists talked about what awaits those who ventured to visit the planet closest to the star in the known part of space.

Its name is TOI-2109b, a huge gas giant 1.35 times larger than Jupiter and 5 times the mass. The planet is in such a close orbit to the star that it rotates once every 16 Earth hours.

This is the closest orbit ever discovered for a gas giant, and this proximity creates a “trajectory of destruction” – the planet is steadily approaching its star. It is believed that during the daytime, the surface temperature of TOI-2109b can reach 3227 degrees Celsius – it is hotter than some stars!

It is the second hottest exoplanet known, placing it in the superhot Jupiter category. These are massive gas giants like Jupiter. However, unlike him, they revolve around their star incredibly close: for comparison, the period of Jupiter’s revolution around the Sun is more than 12 years, and sometimes 10 days are enough for its super-hot relatives. At such close to the star distances, these exoplanets really get so hot that they often evaporate from the extreme heat.

Astronomers hope he will tell us more about how such extreme exoplanets form, and the interactions between a star and an exoplanet at such short distances.

“In one or two years, if we’re lucky, we can track the planet approaching its star,” said astronomer Yang Wong of NASA’s Goddard Space Flight Center. “During our lifetime we will not see the planet fall on its star. But give it another 10 million years and it probably won’t be. “