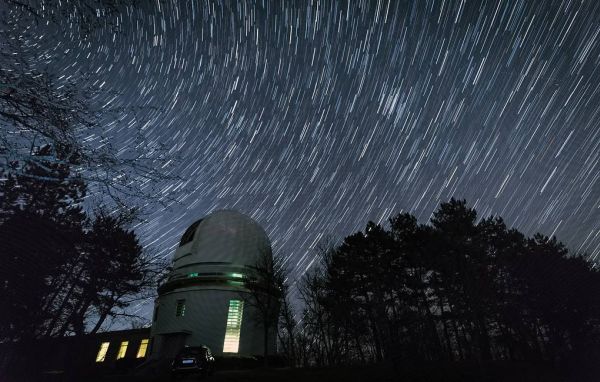 Astrophysicists have found that in the relict radiation of the universe – a kind of microwave “echo” of the Big Bang – there are hints of violation of the so-called spatial parity. This is the name of one of the fundamental properties of the universe, which the Standard Model does not predict. The article describing the work was accepted for publication by the scientific journal Physical Review Letters, the preprint was published by the authors in the electronic scientific library arXiv.

“So far, we cannot say with 100% certainty that we have found full-fledged evidence of the existence of a` new physics. ” on “new physics”, – said one of the authors of the article, leading researcher at the Kavli Physics and Mathematics Institute (IPMU) Eiichiro Komatsu.

In recent years, astronomers and physicists have been trying to find out how the evolution of the universe took place in the first moments of its existence. To do this, they study the so-called relic radiation. It is a kind of microwave “echo” of the Big Bang, in the inhomogeneities and physical properties of which information about how matter was arranged at that time was preserved.

Astrophysicists have already studied some properties of the CMB using the Planck and WMAP orbital observatories. However, other characteristics are still a matter of controversy. A striking example is the level of polarization of the relic radiation, that is, how strongly its waves are “twisted” in one direction or the other.

Back in 2014, scientists from the BICEP2 project announced that they measured the beta polarization of the relic radiation – one of two variants of the swirling echo waves of the Big Bang. However, later it turned out that the source of the signals they recorded were actually dust particles in the disk of the Milky Way. This failure has prompted scientists to reanalyze the data and figure out how to continue to account for such interference.

In search of “new physics”

“We have developed a new technique that allows us to estimate as accurately as possible how much the dust of the Milky Way affects the measurement of the polarization of the CMB. This doubled the quality of the data and for the first time measured how dark matter and energy affect its beta polarization.” explained the second author of the work, a physicist from the Organization for the Study of High-Energy Accelerators (KEK) (Japan) Yuto Minami.

Minami and Komatsu applied these approaches to reanalyze data that the Planck Observatory science team published in 2018. Thanks to this, they for the first time relatively accurately measured the level of beta polarization of the CMB. Scientists then used this data to test whether dark matter and energy violate one of the most important fundamental properties of the universe – the so-called principle of parity.

Its meaning is that if you mirror the universe, then the reflection should behave exactly the same as the original. Scientists have long wondered if dark matter and dark energy violate this principle. This may indicate the existence of a “new physics” beyond the Standard Model – a theory that describes most of the interactions of all elementary particles known to science.

The calculations of Japanese scientists show that with a probability of 99.2%, dark matter and dark energy really violate the principle of parity. This is a very serious hint that the “new physics” really exists. However, in order to prove this conclusively, a statistical confidence level of 99.995% must be reached. For this, scientists need to accumulate much more observational data on relic radiation.

Komatsu and Minami hope that the Chilean ACT observatory, which was built in the Atacama Desert specifically for observing the Big Bang “echo”, as well as the POLARBEAR and BICEP2 telescopes, will receive these missing data in the coming years. If the violation of the parity principle can be confirmed, it will simultaneously prove that the “new physics” exists, and at the same time will clarify the nature of dark matter and energy, drastically reducing the number of theories that explain their existence, the scientists concluded.