How aliens learn about the existence of people 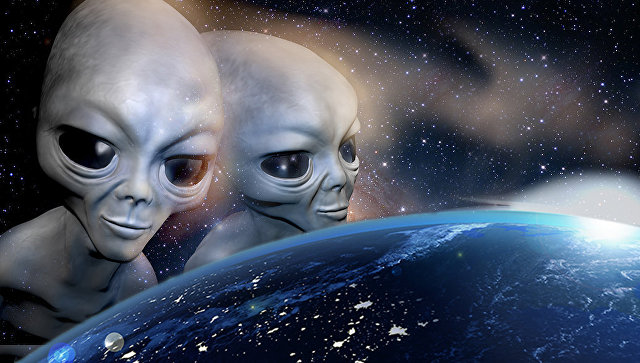 Astronomers believe that a tenth of the 1010 planets in our Galaxy are potentially habitable. If even on one of them there is a highly developed civilization, then, like us, it scans the space in search of the brothers by reason. What is the probability that they will find us?

In the book “The Universe: Life, Mind,” the Soviet astronomer Iosif Shklovsky described a thought experiment in which intelligent Martians observe the Earth. The scientist argued that they would not notice any agricultural activities, no large-scale deforestation, no metropolitan lights, or even nuclear tests. The presence of free oxygen in the atmosphere would tell the Martians only that there is a biosphere on the planet.

“Oxygen itself does not mean life is unambiguous, there must be gases in the atmosphere that are generated in the process of life activity,” commented RIA Novosti Evgeny Semenko, senior research fellow at the Special Astrophysical Observatory of the Russian Academy of Sciences.

In addition to oxygen, ozone, water, methane and carbon dioxide serve as markers of life in the atmosphere. And all at the same time. The Martians could have registered them by sending probes to the Earth’s orbit, but a remote civilization, being at a similar level of technical development, is unlikely. In any case, our tools are not enough to determine whether there is in fact an atmosphere in Proxima Centauri b – the closest to us exoplanet, which is 4.22 light years.

Shklovsky argued that the best way to learn about people is to listen to the radio air of the Earth in a meter range. In the 1960s and 1970s, when he wrote his book, on-air television was experiencing a peak of activity. The radio signal freely propagates in space at the speed of light, is not absorbed by cosmic dust, clouds, and does not dissipate. This means that our TV shows can now be viewed by aliens who are at a distance no more than fifty light-years from the Earth.

In recent decades, the share of terrestrial television is declining, digital broadcasting and the Internet are developing. Electromagnetic radiation, coding signals, is hidden in underground cables, reliably shielded by plastic shells.

“In time, becoming a technically more advanced civilization, we will be less visible to an outside observer.” To catch the signs of our activity is possible only near the Earth, “Semenko explains.

For example, the Martians could catch a signal from a mobile phone with a powerful radio telescope. Outside the solar system, this will not work out. If only it is not a purposeful signal.

However, the very first messages sent to the nearest potentially inhabited star systems in the framework of the SETI project for the search for extraterrestrial civilizations did not leave us for more than thirty light-years.

Theoretically, you can signal the light by setting up a laser beacon on Earth orbit. Modern sources are capable of generating a beam that will fly away for several dozen light years. But it will be too weak in comparison with the Sun and, most likely, will be lost.

“Selecting a third-party signal against the background of the glow of the native star is a much more serious task than it seems at first glance,” the scientist notes.

Every second the Sun emits a hundred thousand times more energy than our civilization has developed in its entire history. In a word, there is no hope that the brothers in mind will pay attention to these optical beacons.

Earth in the window

The dimensions of the devices sent to space do not exceed several meters. You can see them only when you are near them. It is possible that this will happen with the probes “Pioneer” and “Voyager”, who left the solar system and carrying discs with information about our civilization on board. Only very soon. If they moved toward Proxima Centauri, then the potential contact zone would enter through eighty thousand years.

But maybe it’s easier to notice our near-Earth activity, the large design of the ISS, a lot of satellites and dozens of tons of metal in orbit?

“Even from Earth, it’s not easy to find this space debris, which is occupied by many organizations: the ISS is at an altitude of three hundred kilometers, sometimes seen in the sky with the naked eye.” At a distance of six hundred kilometers, we observe only large objects in the telescope and only knowing their location. at a distance of thirty thousand kilometers, in a geostationary orbit, only large telescopes are capable of. “To see something in orbit, one must be near,” Yevgeny Semenko explains.

At a distance of 5.9 billion kilometers, which is a thousand times less than the light year, the Earth is a barely discernible, pale blue dot in the background of the cosmos. Such a device was seen by Voyager 1 and transmitted the image to us.

More chances to discover a large astroengineering structure in space, such as Dyson’s sphere. This design, which collects the energy of a star and is comparable in size to the radius of the earth’s orbit, should theoretically be a powerful source of infrared radiation. However, the level of our civilization does not allow us to proceed to projects of this scale. Attempts by SETI to identify something