How big is the sun? 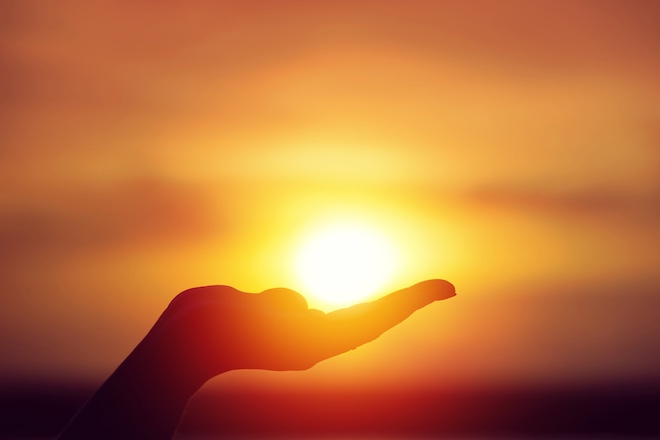 The sun is the largest and most massive object in the solar system, but on the scale of the Galaxy our luminary is a medium-sized star among the hundreds of billions of other stars in the Milky Way.

The sun can be the biggest star on its territory, but compared to other stars this is a medium-sized star. The red giant Betelgeuse is about 700 times larger and 14,000 times brighter.

“We found stars whose diameter is 10 and 100 times greater than that of our Sun,” say the scientists.

It is possible that the Sun is larger than previously thought. Xavier Yubier, an engineer and researcher of the solar eclipse, creates detailed models of solar and lunar eclipses to pinpoint where the shadow of the moon falls during a solar eclipse. But when he compared actual photographs and historical observations with models, he found that exact forms of eclipse make sense only if he increased the radius of the Sun by several hundred kilometers.

Even the NASA Solar Dynamics Observatory and measurements made when the planets travel through the Sun do not give an absolutely accurate estimate of the radius of the star. According to NASA researcher Ernie Wright, measurements made by various methods yielded results that differ by 1500 km.

The total volume of the Sun is 1.4 × 10 ^ 27 cubic meters. According to NASA expert Alex Young, if the Sun were empty inside, then it would take about a million globes to fill it.

The mass of the Sun is 1.989 × 10 ^ 30 kilograms, which is approximately 333,000 times the mass of the Earth. The Sun accounts for 99.8% of the mass of the entire solar system. But the weight of the sun is not constant. Over time, the solar wind blows the particles and, consequently, reduces the mass, moving away from the star. According to the astronomer Phil Plate, every second the solar wind takes an average of 1.5 million tons of material.

Meanwhile, in the heart of the star, the mass turns into energy. The power station of the star will convert more than 4 million tons of solar material into energy.

The sun is classified as the star of the main sequence of the G-type, or the dwarf star G, or more precisely, the yellow dwarf. In fact, the Sun – like other G-type stars – is white, but it seems yellow through the earth’s atmosphere.

Usually, stars grow as they grow up. As scientists believe, in 5 billion years, the Sun will use all the hydrogen in its center. Then it will turn into a red giant, which will expand to the orbits of inner planets, including the Earth. Helium will be hot enough to burn carbon, and carbon will bind to helium to form oxygen. These elements will be collected in the center of the Sun. Later it will dump its outer layers, forming a planetary nebula and leaving behind a dead core, mainly carbon and oxygen – a very dense and hot white dwarf star the size of the Earth.

Although the Sun in many respects is a typical star, it has one feature that distinguishes it from most of the stars – it is a single star. Most stars have a companion, and some have even two or three. But, perhaps, the Sun was not always lonely. A new study suggests that all stars are born with a companion. The satellite of the Sun could be a double star 17 times farther from the Sun than Neptune.