How can Mars kill you? 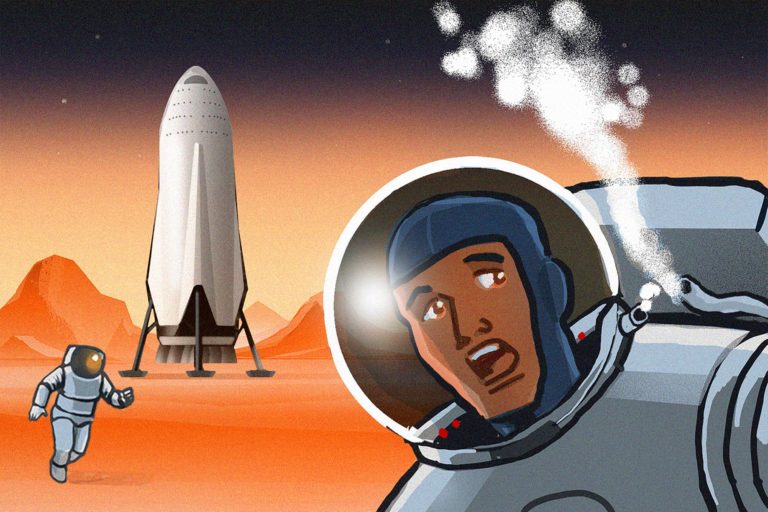 The planetologist told about the main dangers of man’s stay on Mars.

Radioactive irradiation is one of the main dangers for astronauts on Mars, but this planet is preparing for us and some other risks.

The most immediate threat to human health on Mars is the low pressure of the planet’s atmosphere, which is about 100 times thinner than the Earth.

“If you were not protected on Mars, your blood would simply boil,” said planetologist Pascal Lee of the Ames Research Center (NASA).

According to the scientist, life on the Red Planet would be too dangerous and complex.

“All the gases that are dissolved in your bloodstream would simply turn into bubbles,” the planetologist said during an online interview.

“People would hiss like an open can of Coca-Cola until they died in terrible agony in a few seconds,” Lee said.

Low atmospheric pressure would kill the unprotected visitor of Mars faster than anything else. However, the Red Planet has in its 4 other ways to finish off the Earthbound inhabitant.

Carbon dioxide in the atmosphere

The Earth’s atmosphere is about 78 percent nitrogen and 21 percent oxygen, with minor amounts of water vapor, carbon dioxide, and other gases. For comparison, the atmosphere of Mars is 95 percent carbon dioxide.

“We must breathe in oxygen, and in the Martian atmosphere there is no oxygen. You can not breathe this gas. You would die from hypoxia within a few minutes, “Lee said.

“Such a temperature would kill you for several hours, if you have nothing to keep warm,” the planetologist added.

Mars is covered with toxic dust, which is very granular and abrasive, which is very bad for fragile human lungs. A few weeks of inhaling this dust would lead you to an imminent death. ”

The absence of a global magnetic field on Mars in an ensemble with a thin atmosphere of the planet means that high-energy cosmic rays and solar particles bombard the Martian surface.

“Cosmic radiation will kill you in a few months here,” Lee summed up.

NASA is aware of all these dangers, but despite this, plans a long-term manned mission to Mars in the 2030s.