How does a comet have a tail? 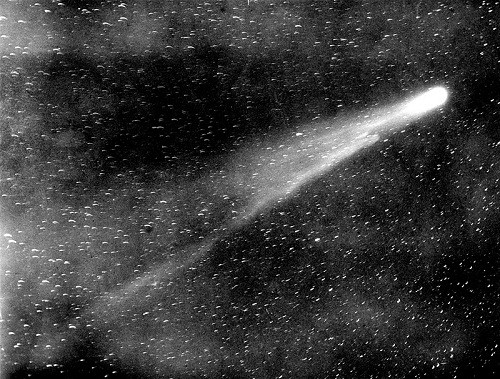 How do you think, where do the tails of comets come from? On the core of the comet, there are no obvious places from which the burning jets that create its tail could escape. However, last year, the space agency Rosetta of the European Space Agency did not just take a picture of a jet escaping from the comet 67P / Churyumov – Gerasimenko, but also flew promo through it. As a result, managed to get a picture that shows a bright train coming from a small round depression with 10-meter rocks along the edges. 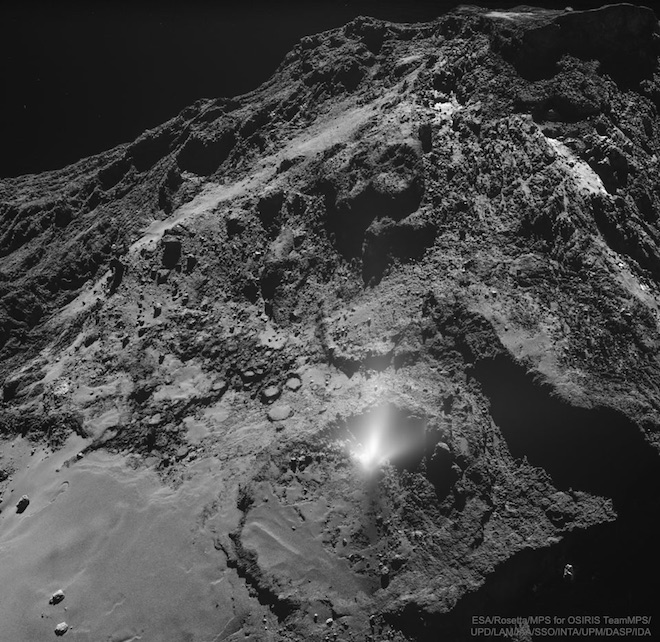 An analysis of the data obtained by Rosetta shows that the plume consists of dust mixed with ice. The surface of a comet, reminiscent of the earth, indicates that under this porous area, something happened sometime ago, as a result of which this train was formed. The image was taken in July last year, two months before the completion of the “Rosetta” mission.