How many black holes in our galaxy? 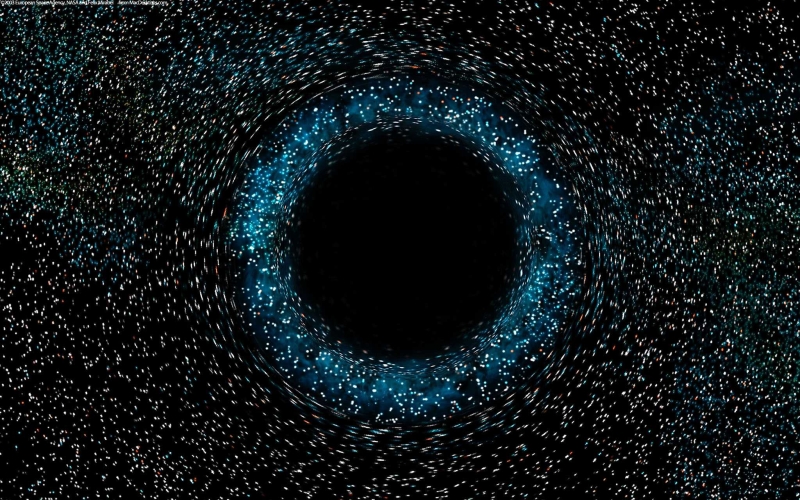 A group of astrophysicists from the University of California conducted an analysis of the available data on the structure of our Galaxy. We took into account the known at the moment information about the mechanisms and timing of star formation, the lifetime of stars and what happens to them after – when all fuel for thermonuclear reactions will burn out. Data on the composition of stars and its distribution were taken into account in particular. The Milky Way, as the authors of the study note, is rich in stars, in which there are metals in appreciable amounts, including heavy metals. This is not an exception – large spiral galaxies are characterized by just such a composition of stars, unlike smaller spherical galaxies, where metals are noticeably smaller.

Immediate impetus to the last year and a half work was the first registration of gravitational waves by the LIGO detector. At that time the source of the “ripples” of space-time was the merging of two black holes, the mass of each of them exceeded the solar one by about 30 times.

This in itself is an outstanding scientific result – the last significant prediction of the general theory of relativity was experimentally confirmed. But scientists are curious: they became interested in how often in similar proximity from us such events can occur. Their probability depends on the number of black holes, the proportion of massive black holes with masses of tens of solar and the number of double holes that are close enough to merge in a reasonable time.

Details of the study can be seen in an article published in the Monthly Notices of the Royal Astronomical Society, and we will be laconic. The total population of black holes in our Galaxy is estimated at a value of the order of hundreds of millions. About five million of them have enough mass to be merged with the current level of sensitivity of technology. The question with the fraction of double black holes is least clear.

Nevertheless, it can be assumed that the next merger will be recorded by earth technology in the coming years.