How Mars Lost Its Atmosphere 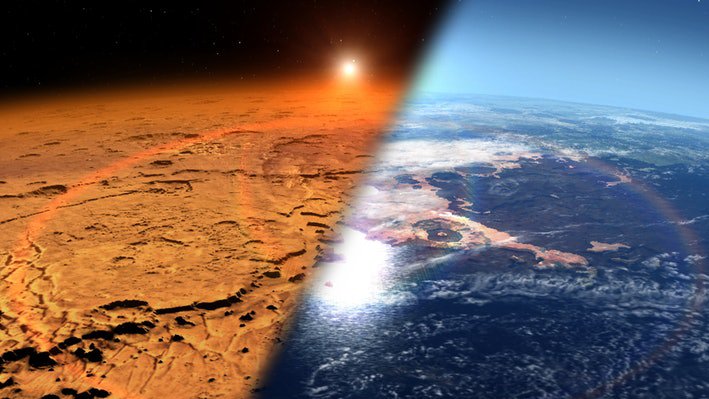 Scientists know that Mars could once be an inhabited planet, and not the dry, desolate world that we see today. Life on the fourth planet from the Sun could be supported by the atmosphere, but for billions of years it has seeped into space.

Using NASA’s MAVEN spacecraft (Mars Atmosphere and Volatile EvolutioN – “Evolution of the Atmosphere and Volatile Substances on Mars”), the researchers created an animation demonstrating that the magnetosphere of Mars is too weak to protect the planet from harsh solar winds that gradually blow away most of its atmosphere. She also shows a better look at the electric currents surrounding Mars.

Previous studies, trying to explain how Mars was gradually losing a significant part of its atmosphere, indicated giant dust storms as the main culprit of this event. But a new study claims that this is not so. 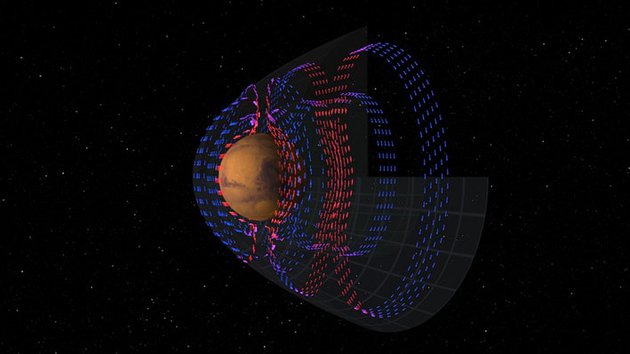 The image above shows electric currents around Mars, overlapping the daytime side of the planet and superimposed on the night. These electric current loops connect the upper atmosphere of Mars and its induced magnetosphere with the solar wind.

When the ions and electrons of the solar wind crash into a magnetic field induced by Mars, they are forced to fly away due to their opposite electric charge – hence the drapery-like picture of the electric currents around Mars. At the same time, X-rays and ultraviolet radiation emitted by the Sun constantly ionize the regions of the upper atmosphere of Mars, which allows it to conduct electricity.

“The atmosphere of Mars behaves like a metal sphere that closes an electric circuit. This process is mainly responsible for the planet’s loss of atmosphere, ”said Robin Ramstad, lead author of the study.

Scientists have long known that the Earth’s magnetosphere protects our planet from dangerous sun rays and winds, but this study is a good example of the impact of these processes.