How NASA plans to bring the first people to Mars?

The American Space Agency researches the Red planet more than 50 years. On November 28, 1964 to “rendezvous” with the fourth on remoteness from the Sun the planet sent the automatic interplanetary station “Mariner-4” which managed to enter the name in astronautics history forever.

“Mariner-4” became the first spacecraft which managed to make a picture of Mars at a short distance and to transfer him to Earth. In general Americans began researches of a surface of the Red planet 40 years ago (within a space program “Viking”), and already about 20 years they “don’t leave” this planet. On July 4, 1997 the rover “Sojourner” fell by the surface of Mars, and, from this time, NASA has fixed “presence” on the Red planet.

Today in an orbit of Mars there are directly three offices of NASA – MAVEN, MRO and “Mars Odysseus”, and on the surface of the planet two mars rovers – Kyyuriositi and Opportyyuniti travel about.

“We for 50 years send astronauts to space reconnaissances. During this time we managed to accumulate experience and knowledge which will help us to poison the first people to Mars. We work in all directions properly to be prepared by this historical day and we want to share with you our progress”, – modestly declare in NASA.

All of us understand that to colonize the Red planet, it is necessary to reach it at first. Safe and sound. Therefore an important part of preparation for a travel to Mars is creation of the rocket capable of similar “feat”.

Lays all hope of NASA on Space Launch System – the superheavy carrier rocket for the piloted expeditions out of limits of Earth orbit. The Boeing company is engaged in its development now.

NASA: “When it comes about our travel to Mars and out of its limits, it isn’t necessary to tell about “a small step” more”.

Experience of life on the ISS will help people on Mars

Members of new crew of the International Space Station – the ISS-50 – will make in the nearest future more than 250 experiments on its board. In total on the ISS more than 2000 experiments are already made!

NASA: “Experiments in such areas as biology, physics, sciences about Earth and the person, help us to gain knowledge necessary for survival in space throughout a long time”.

Testing of Orion will help crew to live and work with space, and also to come back home safely

In 2018 on “nose” of the Space Launch System rocket the Orion spaceship will go to the first travel to space distances, there, where yet any ship constructed for people didn’t reach.

When Orion returns back to Earth, it should splash down in the Pacific Ocean then he will be safely brought to the land.

Now NASA carries out active tests of Orion to ensure full safety to future crew of the ship.

NASA: “We use the capacity of the automatic interplanetary station Mars Reconnaissance Orbiter to learn as much as possible about potential places of landing of our future mission”.

Who knows what surprises for us were prepared by the Red planet?

The Martian rover of NASA of Kyyuriositi already has managed to find a lot of all interesting on Mars including a meteorite. And how you think what he with him has made? Has fired the laser, of course.

The mars rover has come across this tiny celestial body at the end of the last month on the Martian mountain Sharp. Kyyuriositi found meteorites on Mars earlier, however this has drawn attention with the rounded shape with ideally smooth surface and deep furrows. Diameter of the meteorite consisting of nickel, iron and phosphorus makes 4 centimeters. 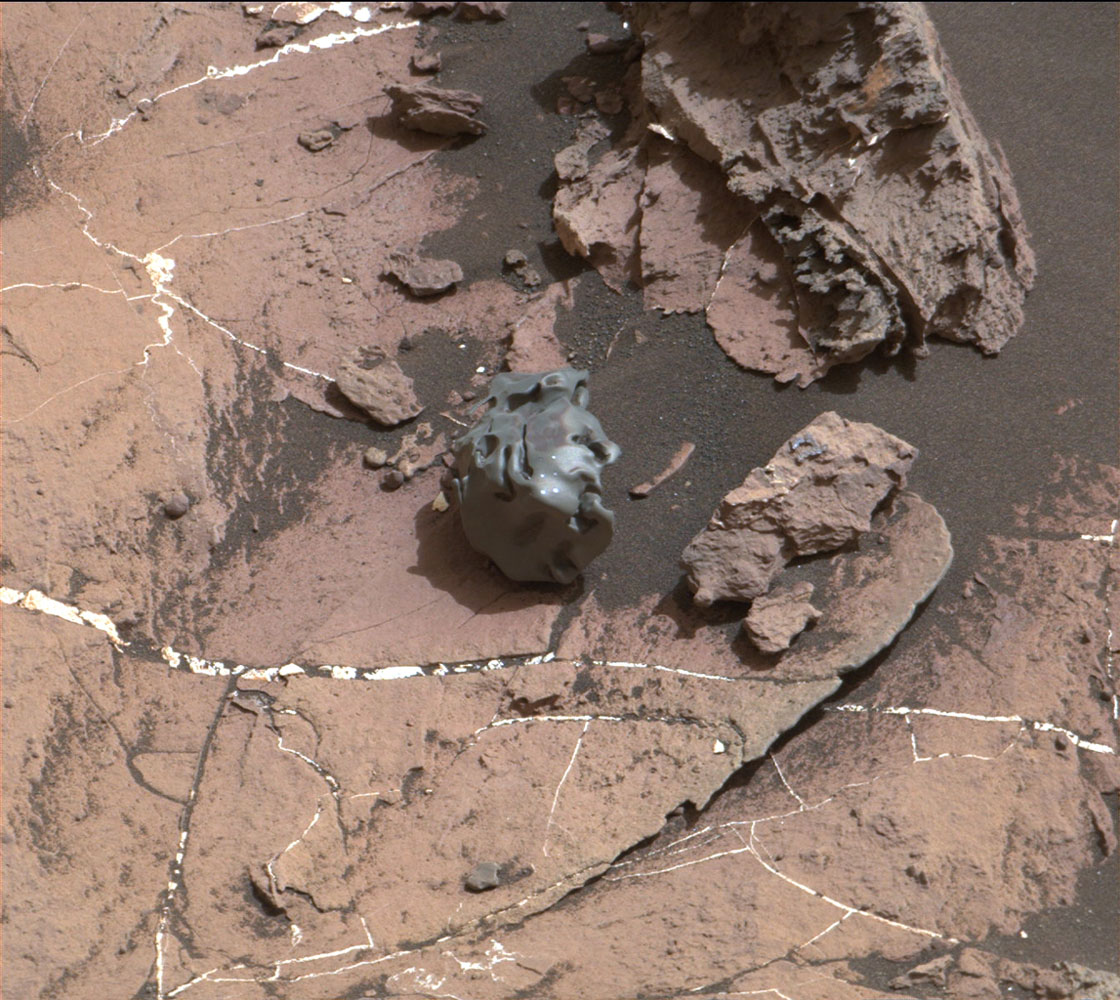 NASA: “Studying conditions on the Red planet by means of such vehicles as Kyyuriositi, we gain new knowledge which can help with training of future astronauts for life on this planet”.

How to prepare the highest of ever the constructed rockets for debut start?

One more important component of successful start of the Space Launch System rocket with the Orion spaceship is creation of necessary infrastructure in the Space center of Kennedy. 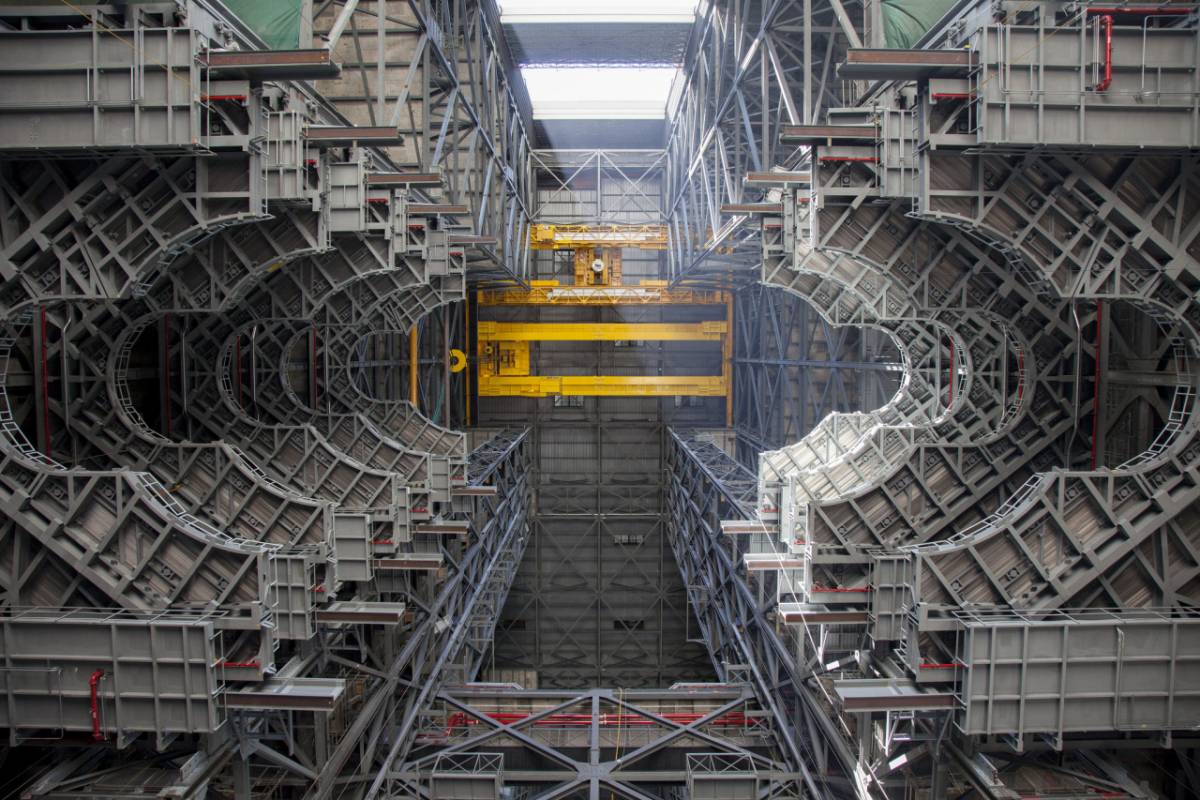 NASA: “We hope that you will be able to construct the plans so that to join us during the first start of the SLS rocket with Orion which will be performed from the launch pad of the Space center of Kennedy in 2018”.

Preparation for a travel of the person to Mars

The following Martian planet research vehicle developed by NASA Mars-2020 will arrive to the planet in 5 years. Search of signs of antecedents will belong to its duties, collection is model for delivery back to Earth, and also demonstration of technologies for future development by the person of the Red planet. Within this mission the technology for receipt of oxygen from the Martian atmosphere will be also tested. 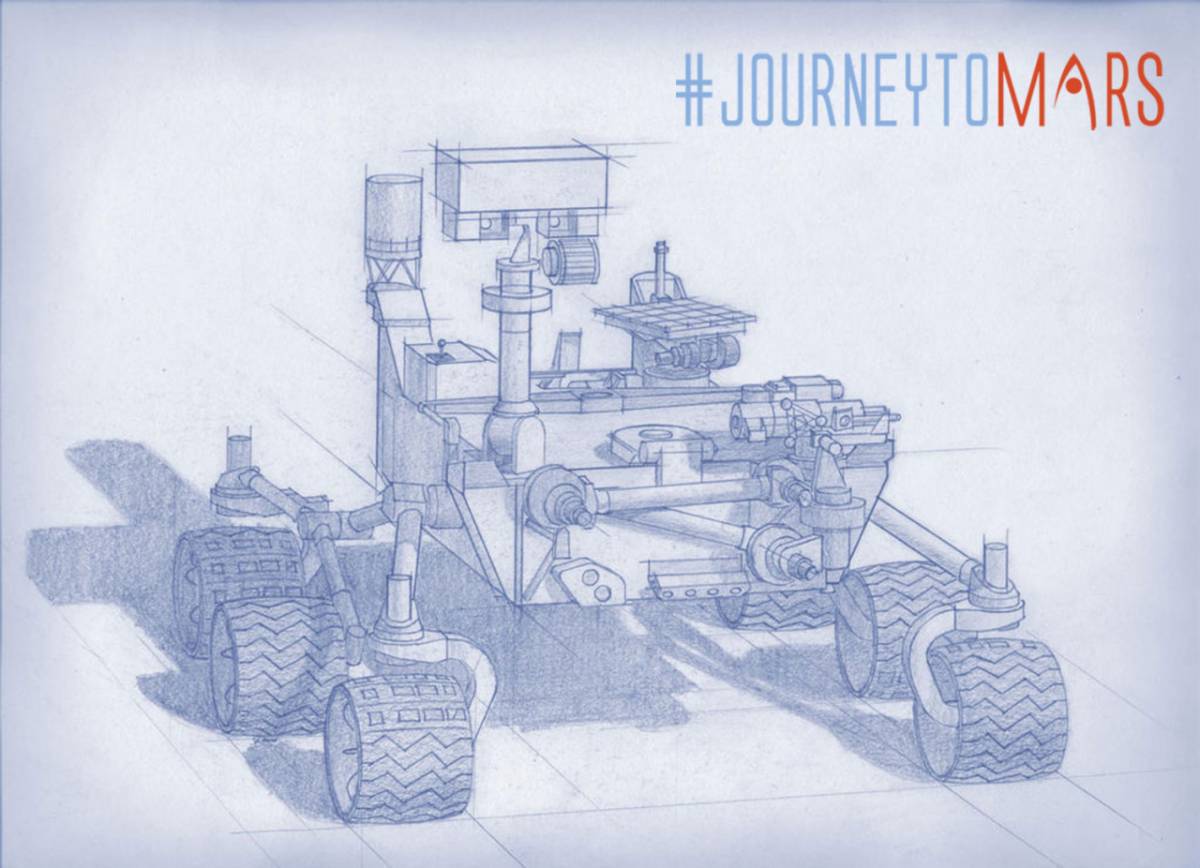 NASA: “Before sending people to the Red planet, it is very important to us to have a complete idea of the Martian environment”.