How often in the Universe there is life? 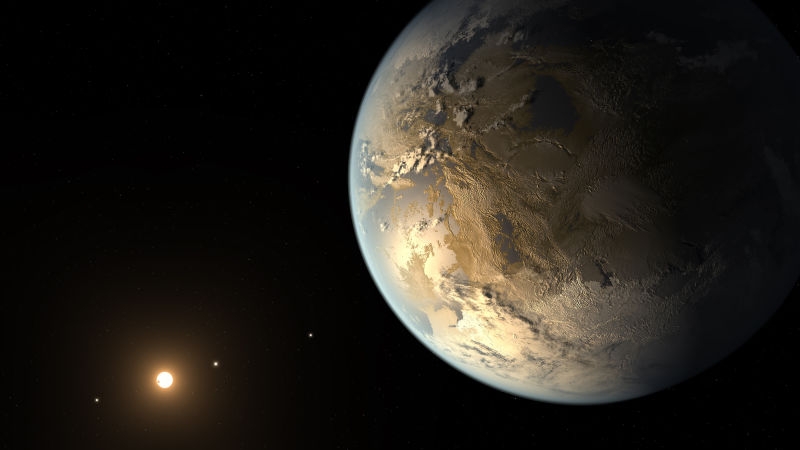 Since 1960-ies of the Drake equation is used to assess how many in the milky Way galaxy there are intelligent and able to contact extraterrestrial civilizations. Following the beaten path, the new formula estimates the rate at which life arises on the planet. It can help us figure out how, in principle, likely the emergence of life in the Universe.

A new equation was developed by Caleb Sarvam of the Columbia astrobiology center, and Leroy Kronina from the School of chemistry at the University of Glasgow, is not yet able to assess the chances of emergence of life anywhere, but promises interesting perspectives in this direction.

Scientists hope that their new formula described in the latest edition of the Proceedings of the National Academy of Sciences (PNAS), will inspire scientists to study different factors that link the events of the origin of life with specific properties of the planetary environment. In a broader sense, they expect that their equation will ultimately be used to predict the frequency of occurrence of life on the planet, a process also known as abiogenesis.

Those familiar with the Drake equation, and understand the new equation. In 1961, astronomer Frank Drake derived probability formula which could help to estimate the number of active extraterrestrial civilizations that transmit signals in the radio in our galaxy. Its formula contains several unknown values, including the average rate of star formation, the average number of planets that can potentially support life, the fraction of planets that have managed to acquire a really intelligent life and so on. We do not have the final version of the Drake equation, but we believe that every year it allows us all to evaluate unknown.

The new formula developed by the Scarf and Kronina not aims to replace the Drake equation. Instead, it plunges us deeper into the statistics of abiogenesis.

Here is how it looks:

Nabiogenesis (t) = the probability of the origin of life (abiogenesis)

No = the average number of building blocks on the body, or biochemically significant system

Pa = probability of the Assembly per unit time

It looks complicated, but in reality everything is much easier. The equation, in short, States that the probability of life on the planet is closely linked to a number of chemical “building blocks” that support life and are available on the planet.

Under building blocks, scientists have in mind the necessary chemical at least to start the process of creating a simple isreport. This can be a basic pair of DNA/RNA or amino acids, or any molecules or materials on the planet that can participate in chemical reactions leading to the emergence of life. Chemistry remains chemistry throughout the Universe, but different planets may create conditions suitable for the emergence of life.

More specifically, the equation of the Scarf and Cronin argues that the chances of the emergence of life on the planet depend on the number of building blocks that could exist theoretically, the number of available building blocks, the probability that these building blocks will really be a life (in build process), and the number of the building blocks necessary for the production of certain forms of life. In addition to determining the chemical prerequisites for the origin of life, this equation seeks to determine the frequency with which you experience the reproductive molecules. We on Earth, abiogenesis took place at a time when there was RNA. This major step was followed by the heyday of the simple single-celled life (prokaryotes) and complex single-celled life (eukaryotes).

One important implication of this study is that the planet can not be studied isolated. As said Cronin, Mars and Earth could be involved in the exchange of chemical substances once in the past and this metabolism could serve as the beginning of life on Earth. Possible exchange of chemical building blocks between closely spaced planets can significantly increase the chances of the emergence of life.

So how many examples of life fraught with the universe?

“This is a complex issue,” says Cronin. From our work it follows that solar systems with multiple planets can be excellent candidates for closer study — that we should focus on mnogoletnih systems and look for life in them”. How? Should look for signs of changing atmospheres, complex chemistry, complex compounds and variations in climate that may be caused by biological life.

We have not enough empirical data to finish the equation of the Scarf and Cronin at the moment, but in future this will change. In the next decade we will be able to use the telescope James Webb and the mission of MIT Tess to fill in missing values. In the end, we will find the answer to this pressing question.