How Rosetta got to the comet 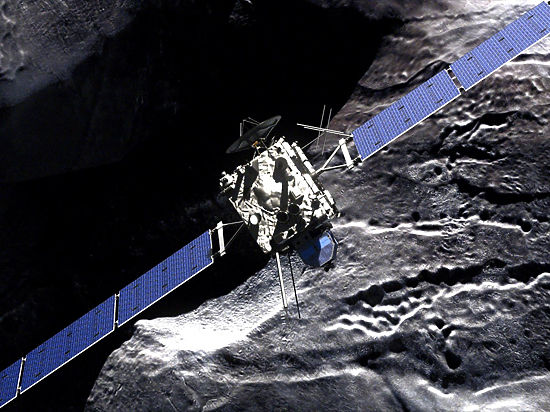 To get into orbit around the comet is not just difficult, but virtually impossible. Video the European space Agency (ESA) shows that had to overcome the probe “Rosetta” to gain a foothold in orbit around comet 67P/Churyumov-Gerasimenko under the correct degree.

In the description of the video, the Agency indicates that at least one time during a close approach of the apparatus into a safe mode. Orbital dynamics implies that the orbits of space objects — oval, not round. To reach a certain point in orbit, the machine burns its engines to increase or decrease the distance of the object. It is much more difficult when a celestial body the size of just 4.3 4.1 km from the comet’s density is very low, making consolidation in its orbit is even more problematic.

Therefore, the success of the mission “Rosetta” is staggering. Despite failures such as the ill-fated landing of the landing module “FILA”, the mission was still very good. Scientists have learned incredible details about comets, ancient remnants of the formation of the Solar system.
Rosetta is preparing for a controlled landing on comet 67P/Churyumov-Gerasimenko. Considering all the testing that had to go fearless to the unit, you can say “Rosetta” had an interesting life.