How the Earth is preparing to repel an attack from space 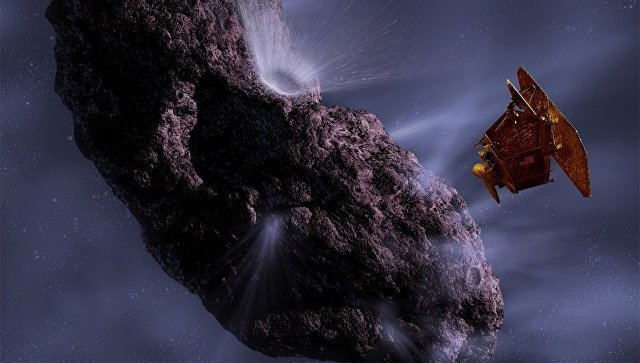 Exactly one hundred and ten years ago in Siberia, the Tunguska meteorite fell, destroying a piece of forest the size of Hong Kong. How much humanity has approached the creation of global systems of planetary defense and the taming of visitors from outer space.

Today is the Day of the asteroid – an unofficial holiday, dedicated to the danger that “heavenly stones” carry for the Earth. It was on June 30 in 1908 that the Tunguska meteorite fell. The idea of ​​the holiday belongs to the director Grigory Richters and Brian May, British astrophysicist and guitarist of the band Queen.

Secondly, this week the Japanese probe “Hayabusa-2” arrived to the asteroid Ryugu. His study, as the scientists hope, will help to clarify the origin of the solar system and the way in which large and small asteroids were formed.

Astronomers are engaged in near-Earth asteroids and the danger associated with them for several decades, but the public and politicians became interested in this problem only in February 2013, after the space fireworks in the Urals.

The Chelyabinsk meteorite has clearly shown what can cause the fall of even relatively small celestial bodies, which, as the planetologists once believed, should always completely burn in the atmosphere and not represent any threat to people’s lives and economic infrastructure.

Although the guest from space did not collide with the surface of the Earth, exploding in the air, and, fortunately, there were no human casualties, the economic damage, according to the Chelyabinsk region authorities, exceeded one billion rubles. If the meteorite were several meters larger, the sum would have grown tens or hundreds of times.

Earthlings only got off with a slight fright, but legislators and officials on both sides of the ocean had to take some measures. The budget of the NASA asteroid division has been increased three-fold, and the Russian authorities have promised to develop an early warning system for the asteroid hazard by the beginning of the 2020s.

The weak interest in this problem in the past decades is due, on the one hand, to the lack of reliable data on how many asteroids are in the near-Earth space and what are the chances of their collision with the Earth, on the other, a lack of understanding of the threats associated with them. 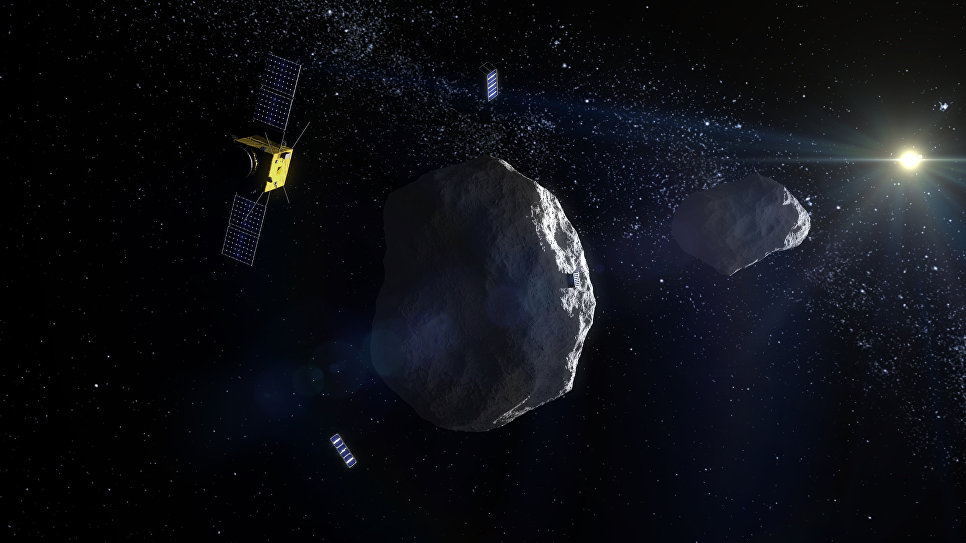 “NASA and our partners have discovered more than 95% of asteroids whose fall to Earth will cause a global catastrophe.Nither of these celestial bodies poses a threat to our planet in this and the next century.However, asteroids are constantly falling to Earth, and we need be ready for this, “said Aaron Miles, deputy head of the US President’s Office of Science and Technology, speaking at a meeting with journalists at NASA headquarters.

In the recently published National Strategy for Preparing the US for Combating the Asteroid Threat, the interim results of these studies were summed up and future plans defined.

“Since May 1998, we have been hunting for objects that can be dangerous for people and entire earthly life in general.In 2010, we successfully reached the first goal – we found almost all asteroids (about 98%) with a diameter of about a kilometer or more. approximately 40 objects unknown to us, “adds Lindley Johnson, head of the planetary defense department at NASA.

Only two asteroids from this list, which includes about two thousand objects, were considered relatively dangerous for life on Earth – Apophis (2004 MN4) and Bennu (1999 RQ36), opened in 2004 and 1999.

The probability of their fall in 2029 and in the second half of the next century was estimated at 2.3% and 0.07% – quite a lot by the standards of astronomy. This exceeds by orders of magnitude the level of danger of all other near-Earth objects. After specifying the orbits, sizes and shapes, these asteroids ceased to stand out and lost the status of potential killers of civilization.

The fall of the “black swan”

“Back in 2005, long before the Chelyabinsk meteorite, the US Congress officially asked NASA to begin searching for and” censusing “smaller objects with a diameter of 140 to 1000 meters. At the moment, 19 410 asteroids appear in our catalog, about half of which are in the this dangerous range for us, none of them threatens the Earth, but a third of the asteroids are not yet known to us, “continues Johnson.

Scientists continue to observe the celestial bodies, and NASA, Roskosmos and ESA are investing more and more efforts in developing terrestrial and space telescopes, early warning systems and even sending missions to asteroids.

The willingness of both authorities and scientists to deal with this problem, as noted by the famous Russian planetologist Alexander Rodin in an interview with RIA Novosti, is associated with the philosophical concept, which he calls the “black swan”, and computer game-lovers – the “instant death syndrome”.

In the most general form, this is understood as some very unlikely event, but with extremely serious, catastrophic consequences. The collision of the Earth with a large asteroid is precisely the “black swan”.

The Tunguska meteorite and its Chelyabinsk “cousin” in this case serve as bad examples creating a false sense of security. By a fluke, they caused minimal damage to the planet and humanity. 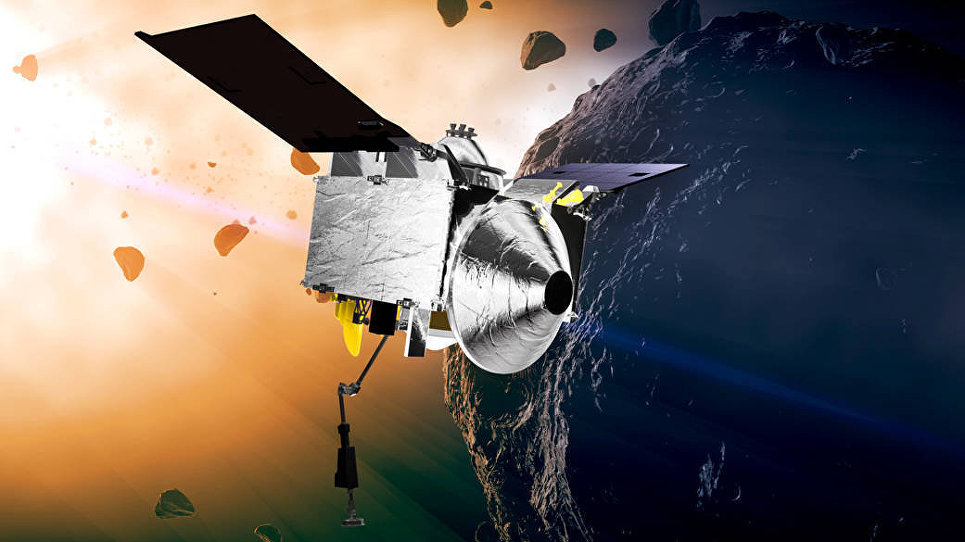 Another similar event, which occurred just 13 thousand years ago – and this is the moment by the standards of geology and astronomy – led to the beginning of a new ice age and fires that swept ten percent of the planet.

Traces of the culprit of this catastrophe, the so-called Dryasova comet, were recently found at the bottom of one of the dried up ancient lakes in Mexico and in the ice of Greenland, as well as on all other continents of the Earth.

Because of the fires and cold climate, as today scientists believe, giant sloths, mastodons and other representatives of the megafauna of America, as well as the first Indians of the New World, the peoples of the Clovis culture, died out. And the Earth was still lucky – the comet broke apart at the entrance to the atmosphere, and not all of its fragments reached the surface.

Scientists can only very roughly predict the consequences of such catastrophes for one simple reason: there is no complete understanding of what constitutes visitors from space and how they interact with each other.

“The anniversary of the Tunguska meteorite will continue in August, when the OSIRIS-REx probe reaches the asteroid Bennu.The samples that he will deliver to Earth will help us understand how such objects are arranged.” The Japanese mission “Hayabusa-2” we are also involved, “notes Johnson.

In addition to scientific research and exploration of asteroids, NASA and other space agencies also create early warning systems that detect unknown small celestial bodies as they begin to approach Earth.

The development of such a system, as the head of Roskosmos, Dmitry Rogozin, remains one of the three main space priorities for Russia. The first such system, the Watch, can go into space after 2019.

A similar NASA project, the Scout system, has been in operation since November 2016. Now it is able to detect relatively small asteroids, 30 meters in diameter, a few days before their approach to the Earth, using the automated telescopes of the PAN-STARRS network.

But this is not limited to her capabilities. The meteor asteroid 2018 LA, burnt in the sky over Africa in early June, showed that, with a lucky coincidence, this system will detect even very small small celestial bodies even before their approach to the Moon and the Earth.

This keeps the hope that the rescue services will have time to prepare for the fall of the asteroid, and space defense systems and space forces will try to knock him off the trajectory. 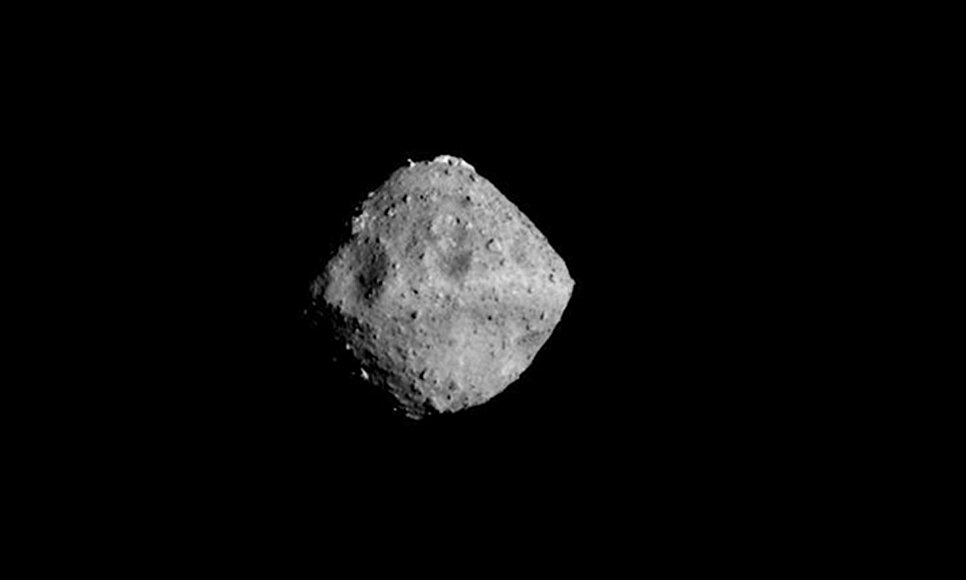 Asteroid Ryugu and an unusual mountain on its surface

“Today, we are seriously developing projects for three planet defense systems designed for different situations, for example, with an immediate threat to the Earth, we can send a heavy probe to the asteroid and crash into it at high speed, which will cause the celestial body to change the orbit,” says Johnson .

And this, as the astronomer stressed, is no longer a fantasy. Recently, NASA management approved plans to build a DART probe that will travel to the Didim asteroid in December 2020 and collide with one of its halves in October 2022. The impact of a metal “blob” weighing 500 kilograms, as scientists calculated, will reduce the speed of the asteroid by 0.4 millimeters per second.

As a result, the position of the Didymus moon will change, and the character of the motion of both objects in orbit. The results of this experiment, Johnson and his colleagues hope, will help to assess how difficult such kamikaze probes should be and whether they should be equipped with nuclear weapons, as suggested by Brent Barby of NASA, one of the authors of the HAMMER project.

“If we have several decades before the collision, then we can use less radical methods – for example, send a special” probe-tractor “to the asteroid, the gravitational interaction between them will accelerate or slow down the celestial body and its orbit will change,” says Johnson .

The same role can play a probe-“painter”, coloring the asteroid with patterns of white or black. Such repainting, the scientist explains, will strengthen or weaken the heating of the heavenly body by the sun’s rays, which will change its speed and prevent catastrophe.

“The Case of the Whole Earth”

Scientists and politicians are increasingly aware that the protection of the planet requires the cooperation of all countries. The first such project, the international network for the prevention of asteroid hazard IAWN was created in 2013 by the UN Committee on the Peaceful Uses of Outer Space.

In addition to NASA and its units, the network includes the European Space Agency, the National Space Administration of China, the European Southern Observatory and a number of Russian academic institutions – the Institute of Astronomy, the Special Astrophysical Observatory, the Institute of Solar-Terrestrial Physics of the Russian Academy of Sciences, and the Ural Federal University.

The main task of IAWN is to combine efforts for around-the-clock monitoring of near-Earth space. Almost all asteroids discovered in the last five years have been discovered within the framework of this global program.

While the lion’s share of these finds is accounted for by NASA staff and telescopes, however, the role of international partners in this “whole Earth business”, as the scientist emphasized, is constantly increasing.

For example, in the observations now constantly participate meter and two-meter telescopes of the Crimean and Special Astrophysical Observatory in Nizhny Arkhyz. Their large size and sensitivity make it possible to detect relatively small and dim objects that can not see the smaller telescopes of the PAN-STARRS network and other IAWN participants.

“The experience with NEOWISE showed that launching a space infrared telescope capable of monitoring even the faintest asteroids would greatly help in the discovery of the remaining asteroids of medium size and in the search for an infinite number of objects similar in size to the Chelyabinsk meteorite.We are now discussing such plans with our international partners, “Johnson explained.

As the scientist noted in a conversation with RIA Novosti, he does not rule out the participation of Russia and other space powers in missions like DART if they have the financial capabilities and the political will to join the current plans of NASA.