How to behave interplanetary colonists? 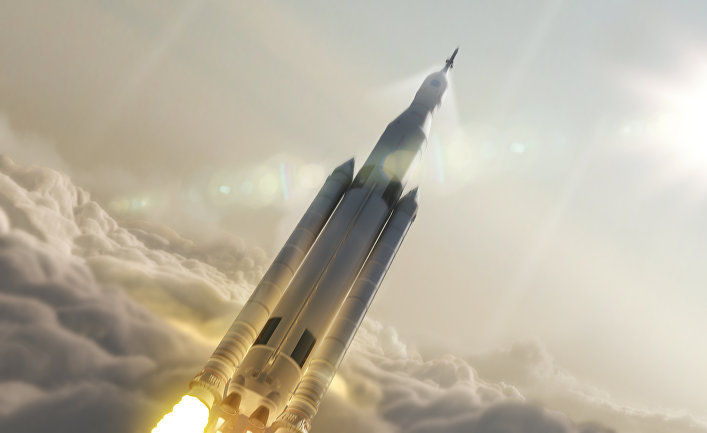 The biggest threat posed by human beings for other worlds, is what we know — or think we know, but really don’t know.

Every summer for the last 20 years, Pascal Lee (Pascal Lee) visits the remote Arctic region in Canada, and he does it in order to imagine what is on Mars. This cold, dry, ugly and, in fact, lifeless place closest on Earth to the conditions that exist on the red planet — and this makes it a great training platform for mastering the technique of control Rovers.

Whether that is a researcher of the planets of the Institute searches for extraterrestrial intelligence (SETI Institute) in California, is the Director of the Houghton Mars project at NASA (NASA Haughton Mars Project), and it was there, in the crater Houghton it uses the same Martian environment to explore scientific questions related to coming from human threats to life on those planets we are going to colonize.

For example, if people go to Mars, whether the microbes transferred to our bodies, to actively proliferate in the Martian soil, threatening the local Martian microbes and destroying the local ecosystem? The recent results of Lee’s research suggests that the answer to this question is negative — at least on the surface of the Martian soil: the harsh Martian climate and the intense ultraviolet radiation will destroy many of the germs that we may inadvertently bring with them from Earth.

However, the Martian crater project in the Houghton — along with other similar places in Antarctica and the Atacama desert in Chile — unintentionally raises numerous ethical issues regarding how we should behave in the role of interplanetary colonists. As people improve their space vehicle and intend to colonize Mars in the next few decades, these issues become less far-fetched and more urgent.

And here’s another scenario: if people landed on Mars and will undergo some mortal danger from the Martians, should they attack the inhabitants of the red planet? If to speak about personal opinion If he answers in the affirmative to this question. “If at some point it will be about the survival of me or microbes on Mars, I probably will not hesitate,” he says.

However, these are complex issues and they go beyond the Project Houghton-Mars.

The international Council for science, which includes 142 countries, established a Committee on space research (COSPAR) in order to help find the answers to these questions, and the outer space Treaty of the UN (United Nations Outer Space Treaty), in force since 1967, helps to organize some of the ethical and legal aspects arising in connection with these issues.

However, this agreement is intended to ensure people’s safety and scientific evidence of life on other planets, not to protect the environment or ekosistemu on these planets. Moreover, the contents of this Treaty represents only the main directions are not laws, and the legal consequences of failure remain unclear, says Catherine Conley (Conley Catharine), head of the Department of planetary protection, NASA (using NASA’s Planetary Protection Office).

“The approach based on pressure from similar agencies in other countries (peer pressure approach) works,” she says. In her opinion, it is in the interest of space agencies to work together, as they often rely on each other for the sake of cooperation and progress in research. However today, as more private companies such as Space X are included in the work in the field of missions to Mars, the playing field changes.

“If this case to connect the other organizations that do not have a long-term research goals, the situation becomes more complex,” says Conley.

In accordance with the main directions of this Treaty, the Federal government is responsible for the conduct as its space agencies and non-governmental space organizations in their countries. So a company like SpaceX needs to get permission from government departments before the start of its missiles — however, if it is in some point of the flight accidentally or intentionally violate the basic directions of this Treaty, other countries can theoretically sue the United States government or take other legal action, says Conley.

Despite the General good intentions and hard work to clear the spacecraft from the pollutants, the greatest danger that humanity poses to other planets, we do not know — or we think we know this, but, really, it’s not. While the research Project Houghton-Mars shows a slight transfer of microbes from the Mars Rovers on the surface of Mars, different dynamics may exist on the red planet or on other planets of which scientists did not even suspect.

“For certain types of terrestrial organisms, Mars is a giant dining dish, says Conley. We don’t know, but it may happen that these organisms will multiply much faster than on Earth, because they will be in this pristine environment and will be able to utilize it.”

While most of the attention in regards to this kind of ethical issues focused on Mars, which is the most realistic colonized in the near future. However, other types of planets can cause other concerns. “One can imagine a variety of scenarios, but the problem currently is that everything is in the open state because no one had ever studied such things, says Conley, referring to the legal consequences of contamination of Mars or other planets. — Therefore, until the occurrence of a specific event it is impossible to decide what to do. But, of course, from the point of view of planetary protection, a particular event means that something went wrong.”

There is also a risk that such questions may be beyond the scope of planetary research. Take, for example, the question of the production of electric energy — in order that people could live on another planet, they need to devise a method of production of the electricity. A substance called perchlorate, is in relatively large quantities on Mars (and on Earth in the form of chloride of lime or other substances), and it is 1% of the content of all dust on the red planet. It has great energy potential salt is a good source of energy for humans on Mars, however, the situation may change if the Terrans accidentally bring with them the germs that will eat it all before we will be able to use it, says Conley.

Unfortunately, the main directions defined by the space Treaty, does not guarantee from committing such errors. The main directions are strictly required to keep clean the space ship during the search of life on other planets, but less rigorous when it comes to space missions to study other issues. This is because the main directions of planetary protection exist to protect scientific evidence of extraterrestrial life — and not the environment on other planets, says Gerhard Kminek (Gerhard Kminek), Department of planetary protection, European space Agency (European Space Agency).

Working group of the Committee on space research, including the Group’s potentially harmful to the environment activities in space, really, explore the question of how human activities in space can harm the environment on other planets. These working groups report the results of its work to the relevant bodies of the United Nations. But they offer just the highlights, not laws, says Kminek. And that’s why the international space agencies should recognize the importance of developing best practices in the field of sanitary conditions on the spacecraft, and compliance with the sometimes quite onerous standards of the outer space Treaty.

“Once you do it bad, this may be sufficient in order to jeopardize any future research relating to life, says Kminek. And that is why there is a strong international consensus on the confidence in the absence of bad players”.

Standards expeditions also differ from a particular celestial body. For example, the atmosphere on Mars is thick enough, and many microbes will immediately burn when in contact with Mars — this allows you to preserve quite soft sanitary standards in comparison with the space ships traveling to these planets with less dense atmospheres like Jupiter’s moon Europa, says Kminek.

Such conclusions, at least based on our understanding of these heavenly bodies at the moment. During the flights of the ships “Apollo” on the moon in 1960-e and 1970-e years, we realized how unpredictable can be a critical problem during space travel. On the moon, the threat of lunar dust for astronauts has been underestimated until it began to penetrate into the pores on their faces and in their zipper that jeopardized the integrity of their space suits, says Margaret Flight (Margaret Race), Conley colleague from the Institute searches for extraterrestrial intelligence SETI.

“If they spent more time there, their suits would cease to function properly,” she says.

The late astronaut and engineer Eugene Cernan (Eugene Cernan), the last of the people who have walked on the moon, have reported big problems during the flight “Apollo-17” during the meeting the issues of technology in 1973: “In my opinion, dust is probably the most significant obstacle to perform regular operations on the moon,” he said. We are able to solve all other psychological, physical, and mechanical problems all but dust.” People did not very far-sighted when they do not restrict the transportation of materials from Earth to moon or Vice versa, considers the Flight. The moon has no life, and therefore it had little impact on the data of a celestial body. But if the moon was life, and the migration of species, indeed, would take place, the consequences could be more significant. “If the moon was life, then today we would have her here, she says. — We have made every effort at the time, but we did not understand”.

Space engineering has come a long way after the program “Apollo”, however, there is still a lot of work on determining the best options for the protection of human beings life on other planets, says Conley. And if we, eventually, will land on Mars, progress in this area will still need to continue — even if it is to give the impression that scientists have sufficient knowledge about the danger which the person presents to other planets.

“My answer to this question is — do you stop to brush your teeth after the first time you ate chocolate?— asks Conley. “We must continue to do it,” she says. Because in the end, it is the unknown is the biggest threat that human beings pose to other worlds.