How to choose a landing site for the mission Luna-25 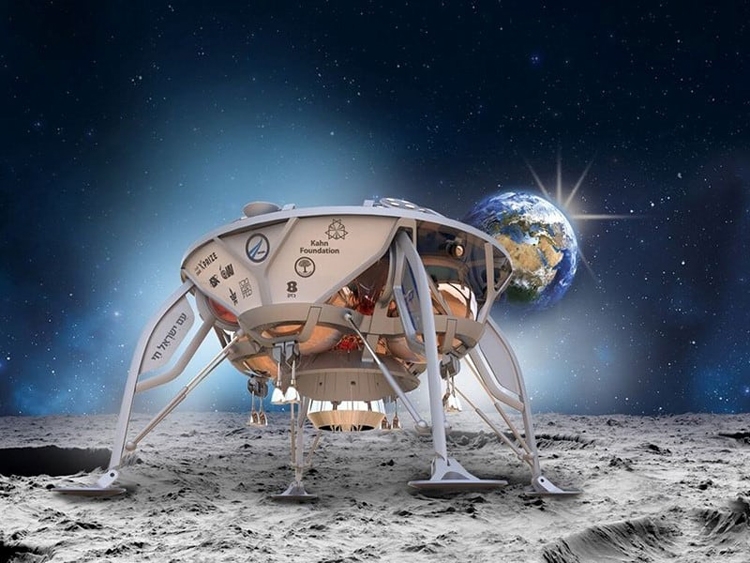 Scientists have chosen two promising landing sites for the planned mission of the Luna-25 apparatus in 2019-2020. In addition to purely engineering restrictions, the choice was influenced by the requirements for the scientific program.

The landing scheme for the moon was worked out in the Soviet space program of the 1970s. It will be used for a new mission, which will study the vicinity of the South Pole, located on the side of our satellite facing the Earth. Apparatus “Luna-25” will go to a low orbit with a height of about a hundred kilometers from the surface, braked and two days will move to the pole until it reaches the landing site, which is a meridian ellipse measuring 30 by 15 kilometers. The landing module will drop vertically with the engine running.

“When choosing the site, engineering requirements must be taken into account, and the first one is safety, which depends on the terrain.” It is absolutely unacceptable to sit down at a slope of more than 15 degrees, experts recommend avoiding gradients of 7 degrees, “the physicist- mathematical sciences Igor Mitrofanov, head of the nuclear planetary department of the Institute for Space Research of the Russian Academy of Sciences.

There are other conditions: the reliability of the radio communication of the lander with the Earth, the duration of the light day (this is important for the implementation of the scientific program), the abundance of water features, sufficient geological diversity.

“Most of the water at the South Pole, but also remote areas from it are interesting.The main thing is that there water was, because to find out its composition, just a few drops,” Mitrofanov explained.

The scientists compiled maps of the analyzed criteria and determined the most promising areas by applying them. The first thing that was discovered – the Boguslavsky crater, which was previously considered for planting, did not meet all requirements. In the ranking, where points were summed up for each of the factors, he turned out to be an outsider.

“This is probably the worst candidate, because it received the lowest priority in terms of selection of the landing area,” the scientist says. 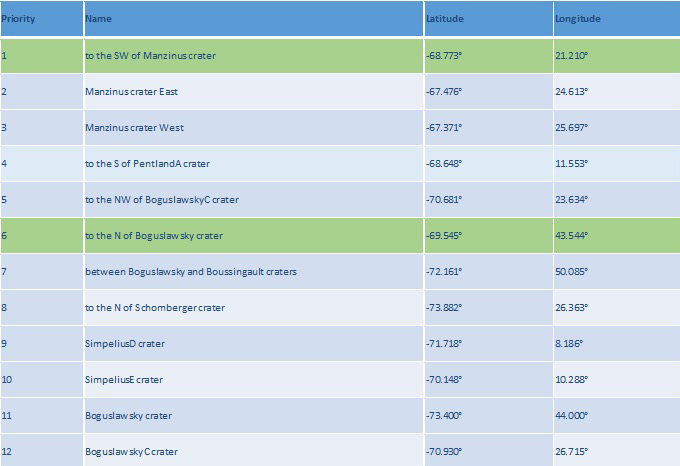 As a priority, the ellipse region to the north of the Boguslavsky crater is now considered optimal for a combination of criteria, including ballistics. In addition, it contains 0.1% water in a layer of soil about a meter thick. If the module for some reason can not lodge there, it will stay in orbit for another two days and sit on the reserve “airfield” – south-west of the crater Mancini.

NASA’s Lunar Reconnaissance Orbiter shot both landing sites with a resolution of four meters, and scientists were given the opportunity to study everything in detail. In particular, assess the risks of overturning or slipping the device from a slope. This is exactly what happened to the “Lunokhod-2” in 1973. He slid into a five-meter crater, stalled, typed in the cover of the ground. When the lid was closed, the ground poured out onto the radiator, the equipment overheated, and the machine failed. 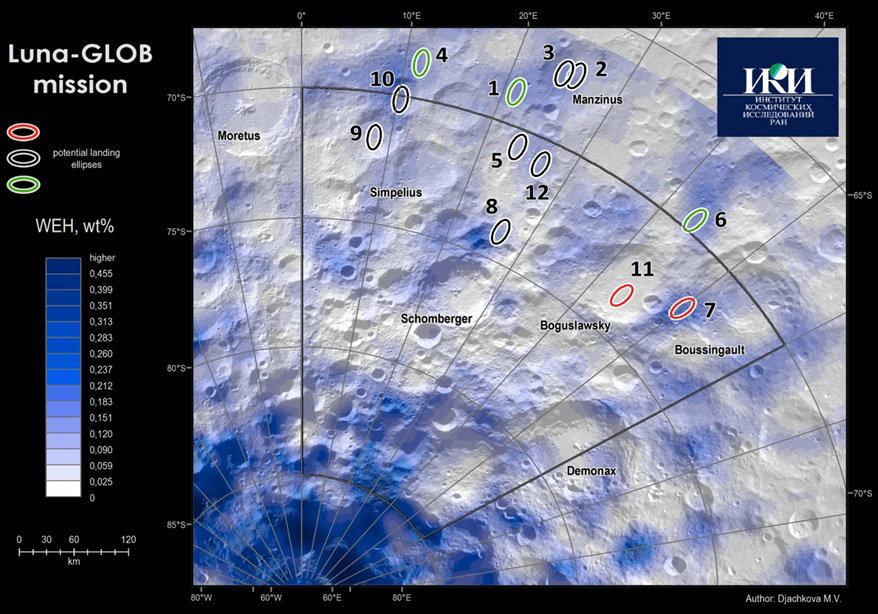 Planting ellipses on the map of the vicinity of the South Pole, where the “Luna-25”

“The probability that we will sink to a point with a slope of more than 15 degrees is 4%, this is the risk that we are compelled to go to. Other areas are even worse,” Mitrofanov concluded.

The developers of “Luna-25” in the NGO Lavochkin agree with the choice of landing sites, and now scientists from the IKI RAS will send their coordinates to Roskosmos.