How to visit Mars without leaving Earth 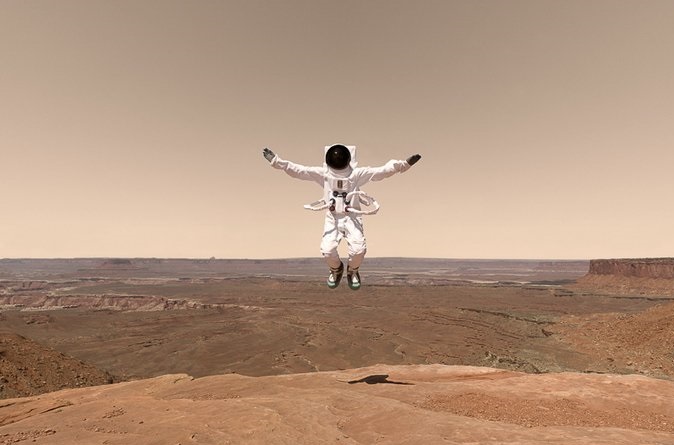 Some forbidden places on the Earth become sites for research of planetologists. Analogues of other stony planets and moons allow scientists to test their instruments and scientific theories under extreme conditions that are roughly approximated to the alien environment. The goal is to check how everything works so that astronauts and astronauts are prepared when they explore new worlds.

The volcanic field of Potrio is one of such test sites. The site is located south-west of the city of Las Cruces in New Mexico and to the west of El Paso in Texas. The area of ​​Potrio is more than 1 thousand square kilometers. The burnt field land is part of the Chihuahua desert, which covers most of northern Mexico and stretches to Albuquerque. 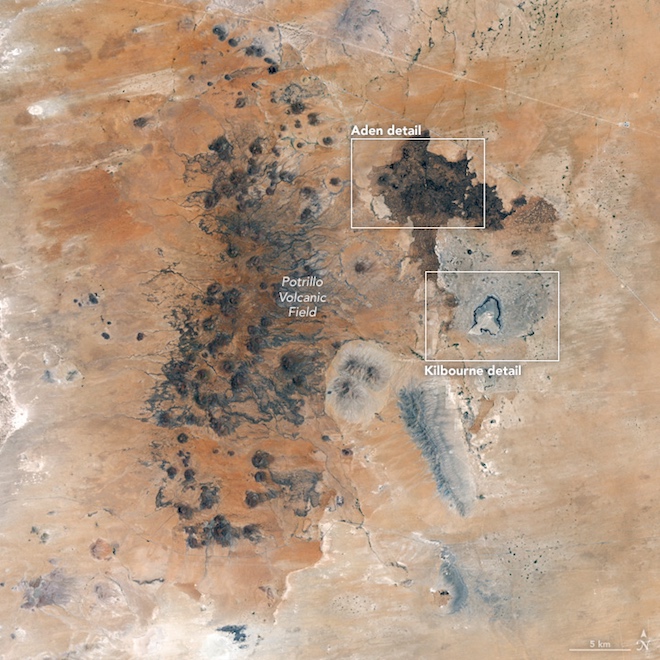 Portio is now asleep, volcanic activity was last seen 20,000 years ago. The area is black in color basalt and is characterized by a variety of lava flows, craters and cones from explosive and effusive volcanoes. Numerous volcanic characteristics make Portio attractive to planetary geologists.

In the summer of 2017, the researchers arrived in Portio to conduct simulated field excursions in the framework of the “Remote, field and synchrotron research for science and geological exploration” project. Scientists have estimated the types of instruments that can be used by future cosmonauts and astronauts to study volcanic elements on the surface of the Moon, Mars and other rocky celestial bodies. The images show Potrio, as observed on June 17, 2017 by the satellite Landsat-8. 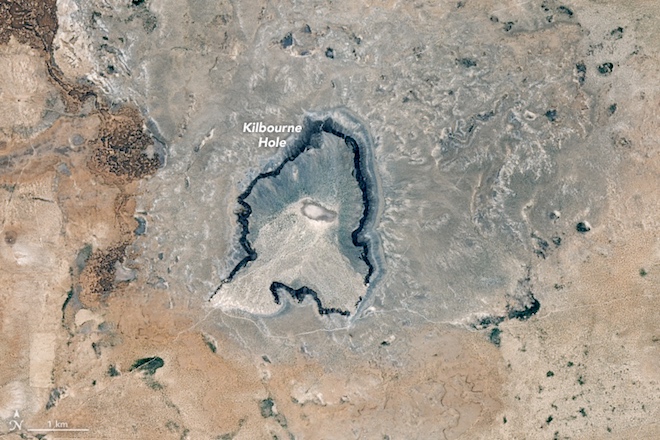 On Potrio, the team chose two different places: the Kilborn hole and the Aden crater. Kilbourne was chosen for a similar purpose more than 4 decades ago during the Apollo program. This was one of several places where astronauts practiced in identifying and collecting geological specimens that had to be brought from the Moon.

The Kilborn Hole is an explosion crater and one of the most distinctive elements of Potrio. It was created almost 24 thousand years ago by the explosive interaction of hot magma and an aquifer. Magma, rising from the depths of the Earth, heated underground water, creating steam. The pressure was accumulated, the culmination of which was the eruption, which formed a hole of irregular shape with a diameter of more than 1.6 km, a length of 2.7 km and a depth of hundreds of meters. The explosion scattered the material around and exposed the layers of rock that preserved the history of Kilborn’s water that had passed. 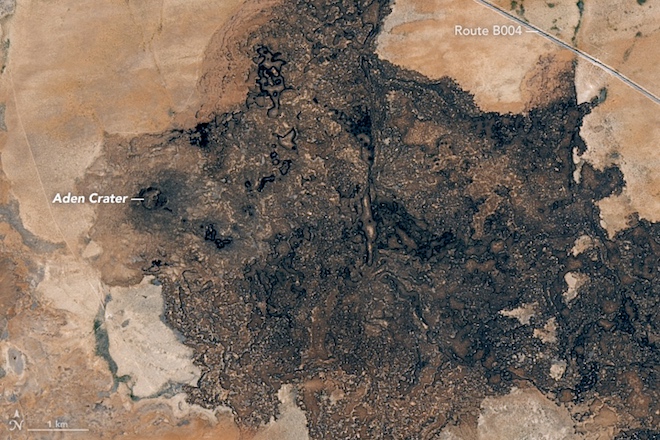 Among geologists, Kilbourne is also known for its xenoliths – a rock that contains pieces of bark or mantle material. Some species of xenoliths are found in and around Kilbourne, most often those that contain olivine – greenish precious chrysolites. The presence of olivine may indicate the content of material from the mantle. Rich in olivine rock samples were among those that brought the mission “Apollo” from the moon.

The crater of Aden is one of the shield volcanoes of Potrio, formed by a series of effusive eruptions that ended almost 16,000 years ago. The lava flowed out over time and the streams overlapped one another, creating a shallow cone. The crater became famous in the late 1920s after a fossil giant sloth of 11,000 years was found along the edge of the lava tube.

The diverse geology of the volcano Potrio also provides an opportunity to study a number of planet and research topics. The volcanic legacy of Potrio is due to its location on the outskirts of the crack of the Rio Grande. Although the famous river of the same name flows here, its 29 million-year-old valley was not carved with water. Instead, the cracks are the result of the fact that the crust of the Earth was stretched in the east-west direction and weakened by a hot rock rising from the depths to the surface.