How unpleasant can be the journey to Mars 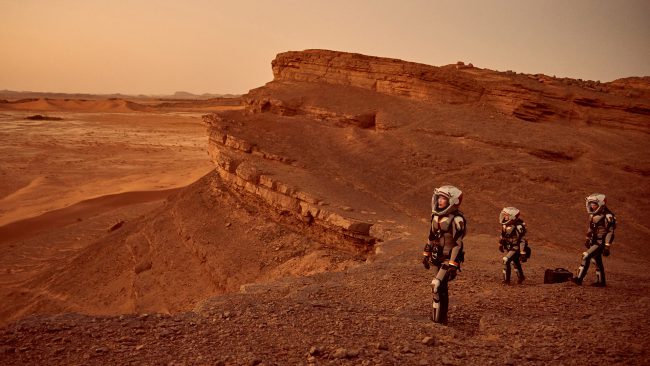 Fast successes in space exploration combined with the doom and gloom, which fill the daily news, make more people throw a romantic look at the stars. The idea of ​​studying and colonizing Mars has long passed from a futuristic dream to a tangible and almost unavoidable goal. Now more and more organizations are conducting experiments and are making plans to send people directly to the Red Planet.

NASA plans a mission “Orion”, which will send two to six people to study Mars. In addition, the European Space Agency, many private enterprises, Russia, India, China and Japan, also plan to send people to the fourth from the Sun planet.

Many organizations and scientists warn that we too quickly use the resources of the Earth to support life here. Unfortunately, some people have taken these conclusions as the fact that we need to leave Earth and migrate to other planets as quickly as possible.

Scientists warn that we do not need to consider Mars as the “next Earth”, which can meet all the needs of mankind if we destroy our planet. Neil De Grass Tyson says that technology can terraform, rebuild and change Mars, making it more like Earth. But he also adds: “If we have the power to turn another planet into Earth, we can return the face of the Earth to the Earth.”

With all the uncertainty associated with the future, we must focus on doing both. Nevertheless, if your curiosity outweighs your fears, you need to know what you have to deal with when you decide to travel to Mars. 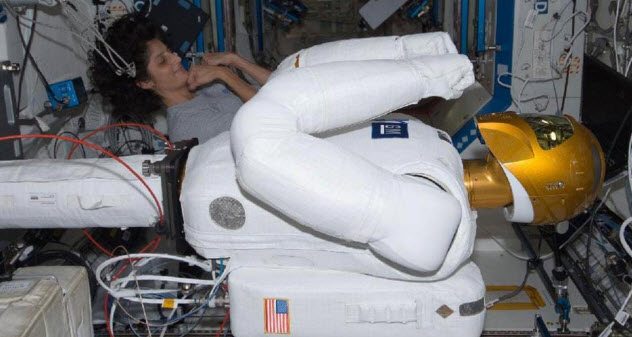 Severe loneliness, in fact, this is not an easy inconvenience – it can cause serious health problems. Even if Mars finally becomes popular among travelers, there is little chance that it will reproduce all those closely related societies and communities that have been created on Earth for centuries.

To overcome the gloomy consequences of the lack of a large number of interlocutors, Mars travelers may prefer to talk with robots and complex exercises for one.

If you saw the shooting of astronauts aboard the International Space Station, you could not help but notice that they spend quite a lot of time practicing cycling and other simulators. They do this because the change in the force of gravity has a tremendous impact on the muscular structure of the body.

On Earth, we almost do not notice the work done by our “anti-gravity” muscles, namely quadriceps, neck and back muscles. But without the daily pressure of gravity on these parts of the body, they quickly lose their usual function.

Currently, countermeasures are being developed that will support the astronauts’ bodies in a working and healthy state – especially the muscular system – for short flights. But no one has ever spent tens of years on another planet. Therefore, to investigate the consequences of such a stay is simply impossible, not having lived on another planet for ten years. 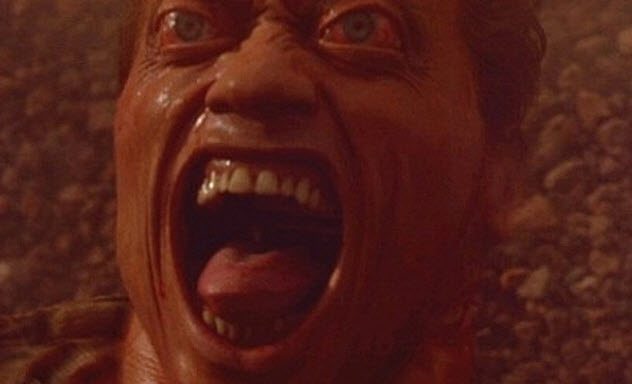 There are several ways to create oxygen from other materials during space travel and exploration of planets. But the level of oxygen on Mars will not soon fully correspond to the terrestrial one.

The body needs oxygen for almost all vital functions – from breathing and digestion to dividing and growing cells. In the future, the electrolysis of solid oxides will allow the extraction of oxygen from carbon dioxide, of which 95% of the atmosphere of Mars is composed. 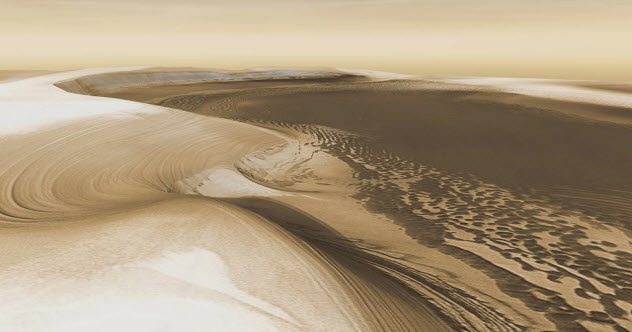 The atmosphere of Mars is so thin that the planet practically does not retain heat. The average temperature on the planet is -62 degrees Celsius. That is very very cold.

If you thought that forgetting tight gloves when going to another planet, it’s forgivable, albeit unpleasant, do not forget that there will not be department stores where you could buy warm blankets. 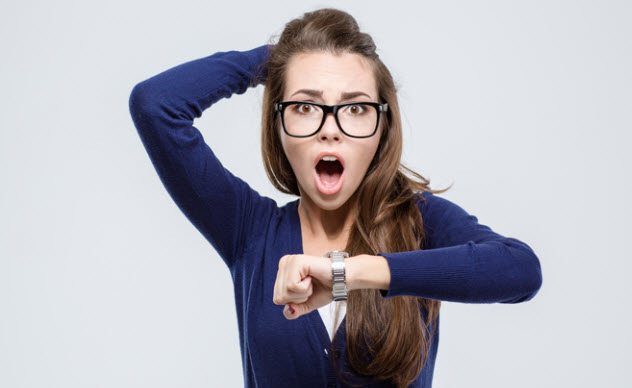 Imagine an endlessly long road trip. Although the probes can reach Mars quite quickly, sending people there takes much longer. Even relatively short trips that require a lot of energy will take 400 or 500 days. Have to thoroughly stock up! 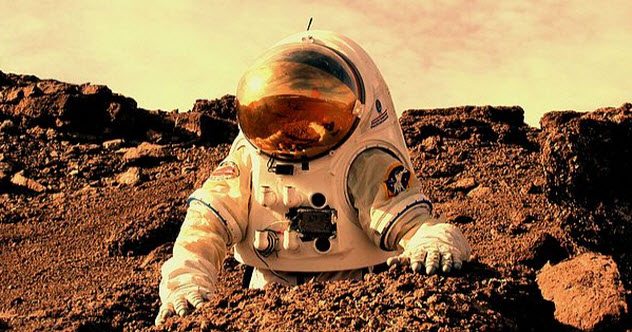 Both galactic cosmic rays and energy particles of the sun can cause irreversible damage to the human body. Just staying on the Red planet leads to radiation exposures, 100 times higher than the terrestrial norm, and trips back and forth are even more risky.

High-energy particles and tiny radiation particles can pass through the body and other materials. Together with this, damaging DNA and cells.

In the human brain, this leads to worsening of the condition and seizures. In the eyes – to cataracts, in the lungs – to cancer, the skin is destroyed and even burned. The heart and digestive organs of a person are weakened, and a person can forever remain barren.

And yet, do not worry too much. Materials that are used to protect against the harmful effects of radiation, become stronger and more flexible. 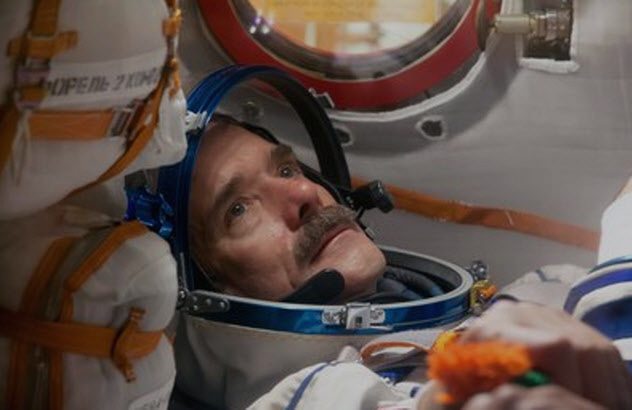 Before choosing a crew, NASA and other space organizations check people for extreme claustrophobia. According to astronaut Chris Hadfield, the tests seemed cheerful to him, including where he was tied in a small black bag and did not say when they would release him.

Hadfield said that “getting stuck in a dark, tight place for an indefinite time is a great opportunity and a pleasant time to think, sleep and relax.” For most of us, it would be a much more unpleasant experience.

Nevertheless, even the most steel and bold among the chosen astronauts see the light at the end of the tunnel, when they spend their days in incredibly close places. After all, they know that they will return home, where they are expected to have close, fresh air and a wide sky.

Imagine that you must spend the rest of your life on Mars, traveling between small compartments and stations to avoid radiation and maintain the proper level of oxygen. You will never be able to go out and travel outside of your camp without a suit and helmet causing claustrophobia. 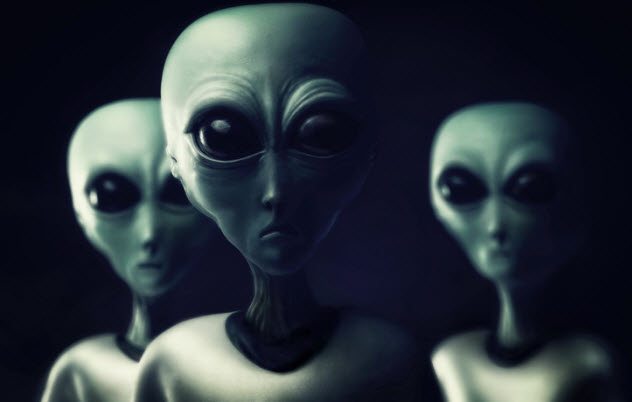 There is a reason why astronauts carry weapons to space with them “just in case” for dozens of years. In the space arsenal, orbital survival knives of the 1960s, machetes and even pistols with machetes and simply pistols.

Although the main reason for carrying weapons in space is that astronauts may face problems on their return to Earth if they land on unsafe terrain or hostile territory, the second reason is said much less often. Although no convincing evidence of intelligent life has been found to date, the existence of extraterrestrial organisms is almost guaranteed on the basis of fossil evidence. In addition, the likelihood that there are other forms of life is so high that there is almost no doubt.

In 2016, scientists determined that the probability that we will be the only developed species in the galaxy is less than 1 to 60 billion. If we look at the unique properties of species and individual creatures only on our planet, the chances that we will encounter hostile or friendly Martian forms of life are also high.

Think about the times when you had to live with an annoying or unpleasant neighbor, and then multiply it by a million to assess the consequences of living together on a planet with a life form that you do not like at all.

Problems with the eyes and loss of vision 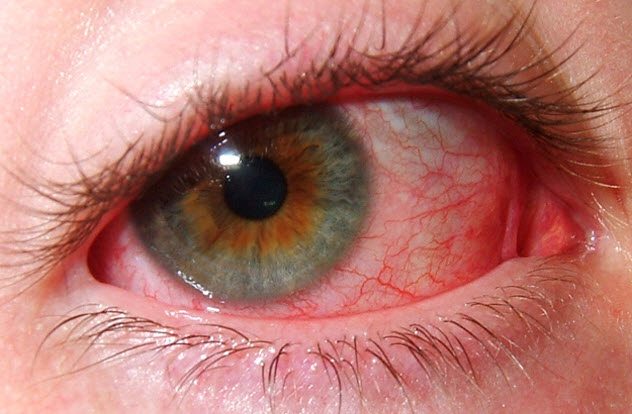 NASA began to ask astronauts about their vision after a space trip back in 1989. When the astronaut was returning home, scientists tried to determine how damaged his visual skills were. At first they did not believe. Many astronauts faced serious visual problems, which manifested themselves after leaving Earth.

Since then, NASA has decided to conduct systematic research. They began to conduct more detailed tests, including binocular indirect ophthalmoscopy (the method of examining the back of the eye through the retina), cycloplegic refraction (the method of eliminating various problem areas by relaxing others with eye drops) and extended studies (which give a clearer picture of the eye in the eye the expense of dilating the pupil with eye drops).

Eye problems after space travel sometimes lasted many years or even remained forever. It turned out that the eye itself, in fact, is changing, along with the brain and cerebrospinal fluid. The possible culprit is intracranial hypertension, or high pressure on the brain and spine.

Currently, Valery Polyakov holds the record for the longest trip to space – 437 days. Given the various complications and deviations in distance, a trip to Mars can easily take several hundred days only to get there. The longer you stay in a state of low gravity, the higher the risk of developing medical problems. 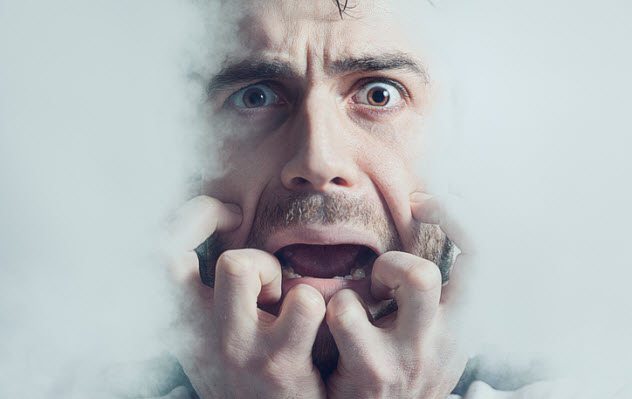 Even before people rushed to the stars, scientists were worried that travelers in space would eventually become “impulsive, suicidal, sexually obsessed seekers of thrill.” They thought that the enclosed space and lack of modern comfort would drive the space travelers mad. But in reality the first professional cosmonauts were steel, calm and courageous even in life-threatening situations.

Because many of the darkest fears these days were eventually debunked, the idea of ​​cosmic madness has become something of an urban legend. Nevertheless, we have examples of people who could not cope with the pressure of the cosmos. Some showed strange behavior after a short journey beyond the atmosphere.

Traveling to Mars will take much longer than modern short space trips, and the symptoms that have been observed during these trips will surely be strengthened on a long journey. In addition, the brain consists of a large amount of water. The effect of the change in gravity on the brain has barely been studied.

At the moment, NASA is studying astronauts aboard the International Space Station for changes in the plasticity of the brain. Throughout their trips, astronauts perform small tasks, for example, rotating pictures with the power of thought. The rise and fall of their skills are tracked throughout the time.