How we will communicate with aliens? 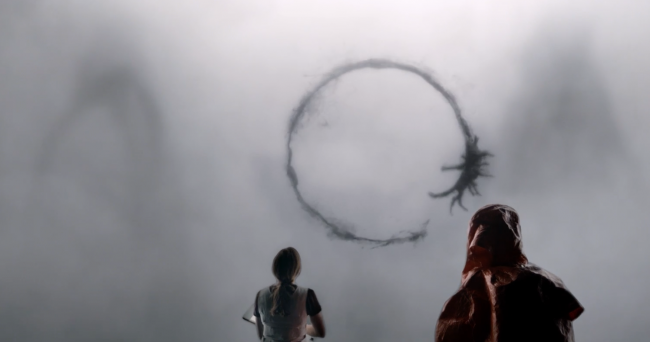 In the movie “Arrival” which appeared on screens of movie theaters recently to Earth twelve alien ships arrive. Aliens — seven-legged creations of “gektapoda” — allow several people to ascend aboard and to talk, but any universal translator who would help to communicate to “foreigners” and “natives”, no. Therefore each country addressed the best linguists, and Louise Banks whose role was played by Amy Adams became the main character.

Banks take away on the next spaceship in Montana and set a task for it to untangle language of gektapod and to find out why they arrived to Earth. To learn how linguists could react, having faced extraterrestrial language, creators of the movie consulted with Jessica Kuhn, professor of linguistics at McGill’s University in Montreal.

“It to you not your typical aliens from “Star Trek” with two hands and legs and vocal system like ours unless colors strange or with strange cones on the heads”, is said by Kuhn. “They aren’t similar to people at all, and sounds which they make, absolutely inhuman. Most likely, it also should be expected”.

Why alien language can be heavy to decipher? What will be done by linguists in that case?

Aliens will have rules

If aliens sometime land on Earth, their language will probably provide us problems which we didn’t meet in one language on Earth.

“Linguists learned that even if human languages can sound absolutely differently, and their grammar will differ, all of them will equally follow certain schemes”, Kuhn says. Therefore collecting information on language of people on particles, linguists can do quite exact forecasts about other properties of language.

To take, for example, a word order. In languages at which verbs face nouns also pretexts it seems “on” before nouns often meet. For example, “has eaten apple” and “on a table”. In other languages like Japanese both schemes go back to front. The majority of languages of the world follow or one scheme, or another, Kuhn says.

It is unlikely languages of aliens will conform to the same rules, as languages of people. Everything indicates that ability to study language in people “is sewed”. Because it is a part of our genetics and a part of human life, and it is very improbable that other beings will have restrictions of the same sort, or their languages will show the same similarities, as ours.

And experiences which can be presented in each human language can not be reflected in the stranger. In any language of people there is a way of representation of intentions, Kuhn says. “Children are going to want to have an opportunity to tell: I didn’t wish to break this cup” — the motley crew showing intentions. But as Banks in the movie “Arrival” explains to the colleagues if alien types work instinctively, in their language there can not be no concept of free will at all, or can not be distinctions meanwhile to work incidentally or intentionally.

Linguists can’t even precisely tell that in alien language there will be nouns, verbs, questions and other elements which are the cornerstone of our speech. “We can only hope that in their speech there will be recognizable elements and to substitute them to what we see”, Kuhn says. 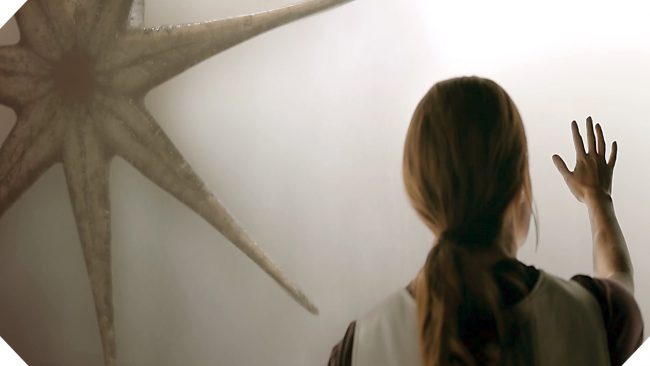 Even our own biology can prevent us to understand language of aliens. Even if to assume that our guests have mouths, we can not recognize generally that they publish some speech. In “History of your life” of Ted Chiang on which removed “Arrival” the character Banks marks that ears and brains of people were created to understand the speech which quits a voice path. But in a case with aliens, there can be it that their ears are simply not adjusted for it.

And though Banks and to her colleagues was succeeded to reach a certain progress in a study of unique writing of gektapod, they couldn’t reproduce the noise published by aliens. With informal conversation everything is difficult because we can’t just reproduce the strange sounds, like purr of cats or buzz of whales.

How to us to make friends?

In runtime of the first job within field operations, Kong spent month in Mexico, learning the Maya language “чоль”, cholsky language. “To get to the place of recently arrived UFO it absolutely not that to move to the jungle in Chiapas”, she recognizes. Nevertheless, as Kuhn speaks, Louise Banks’s attempts to decrypt languages of gektapod in “Arrival” very precisely show how we would act, trying to translate the speech of aliens.

If future linguists face reasonable extraterrestrial types, they will need to be provided, report about the intentions and to practise the letter or talk to aliens. As well as Banks, linguists will begin with small, will try to understand the main terms before turning to more difficult questions.

“In the movie the essence, details of that is actually not especially affected, how exactly it decrypted language, but in general it turned out not bad — they made a scene in which Amy Adams and Jeremy Renner work together and separately, getting transfers of simple things which it is possible to specify, and you see how she gets a grasp of a logogram in search of regularities”, Kuhn says. “I think, and linguists will be engaged in it if you want to talk to aliens”.

In case of decryption of human languages most of linguists takes with itself several simple tools, a dictophone, perhaps, the camera, several pencils and paper, and also any available information on target language or related languages. The first task — lining of hypotheses of how the grammar works, and after their working off and specification in the course of communication with native speakers.

What can be learned from far away?

So interaction with aliens will be actually important stage. But what if we don’t manage to approach rather close to start a conversation with our extraterrestrial guests?

In the movie the first chance to hear newly arrived aliens has dropped out Banks when the serviceman has lost the small sound file and has asked whether she can take something from heard. “It, obviously, impossible task; some compliance between sounding and an essence told” is necessary though, Kuhn says. But if Banks has got access to bigger number of longer records with video, she could look for the sounds precisely corresponding to certain actions. “At the sufficient volume of information it is possible to try to collect frame of grammar of language”, Kuhn says.

Classic human languages have been deciphered without the aid of living native speakers. If information is enough if there are a history and a context, there is also a hope to decipher language even without direct communication.

Whether it means that we could catch language of aliens from their broadcasts or they could study our own? “I won’t be surprised if the beings capable to build huge spaceships can study and understand with ease our language from a set of the broadcasts sent by us to external space. And we could make the same in the presence of resources and information”, Kuhn says.