“Hubble” captured a galaxy, similar to ours 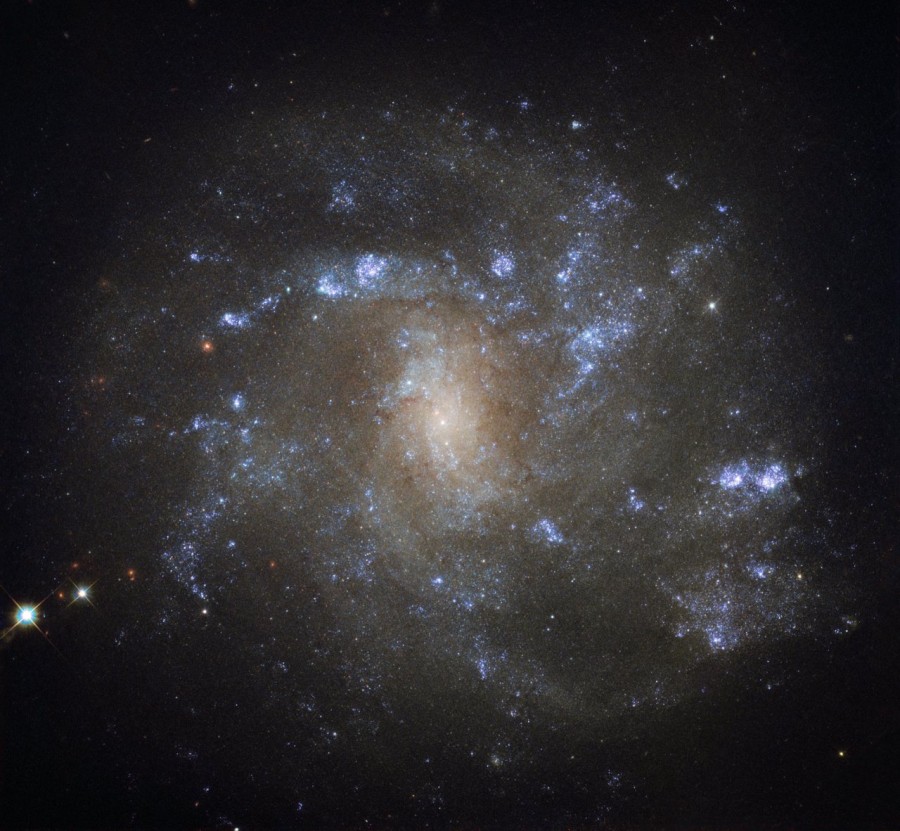 The new image of the Hubble telescope captures the galaxy NGS 2500. It is located in the constellation of Lynx and is separated from us by a distance of 30 million light years. The galaxy was discovered by William Herschel in 1788.

NGS 2500 in many respects reminds our galaxy. Like the Milky Way, it is a spiral galaxy with a bar (bar). This is the name of a strip of bright stars located in the center, from which spiral arms emerge. This is the birthplace of new luminaries. According to existing hypotheses, through the orbital resonance, the bridge passes through itself gas from the spiral arms. This mechanism ensures the inflow of material from which new luminaries are born, and also feeds the central black hole. This can explain why many spiral galaxies with a bridge have active nuclei. 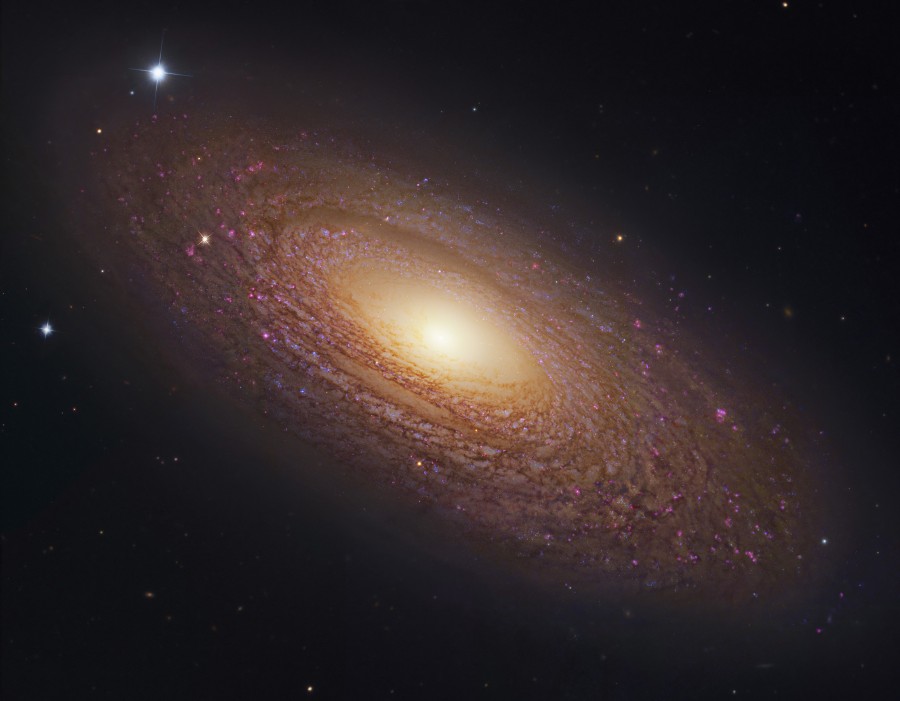 Between the two galaxies there is another similarity. NGS 2500 is part of a gravitationally bound cluster of galaxies reminiscent of the Local Group. It includes the galaxies NGC 2541, NGC 2552, NGC 2537, and also very similar to Andromeda galaxy NGC 2841.