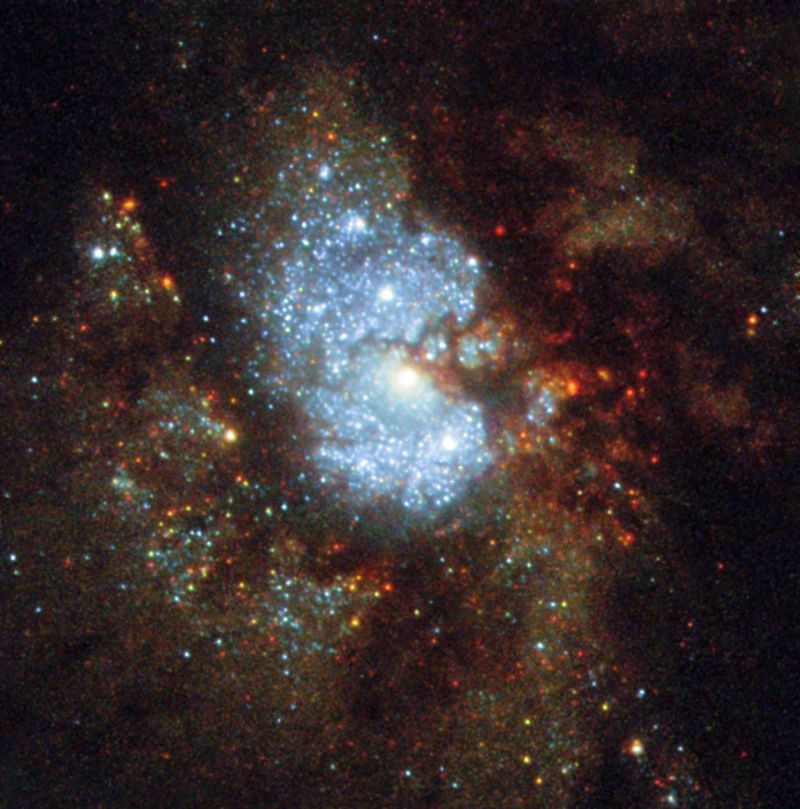 The galaxy IC 342 is a very complicated space object. Although it is very bright, however, this galaxy is located near the equator of the disk of the Milky Way galaxy, where a survey of distant objects is interfered by luminous cosmic gas, bright stars and dark, bright dust that covers bright objects.

In order for astronomers to consider the intricate spiral structure of the IC 342 galaxy, they must conduct observations through a large amount of material located within our own Galaxy – which is by no means as simple as it might seem! Therefore, this picture was obtained from astronomers from NASA, its unofficial name – “Hidden Galaxy” (Hidden Galaxy).

Located very close (by astronomical measures) to the Milky Way, this vast spiral galaxy would have been in the sky of one of the brightest galaxies, had it not been obscured from us by a thick layer of dust. The galaxy is very active, as evidenced by the diversity of colors observed in this image, obtained with the NASA / ESA Hubble Space Telescope, where only the central part of this galaxy is represented.

A delightful composition from the hot spirals forming the spiral where blue stars are born; The reddish, colder regions of gas-rich and dark strips of opaque dust are visible in this image around a central, bright core. In 2003, astronomers confirmed that this nucleus belongs to a special type of nucleus, the so-called HII nucleus, a name that indicates the presence of ionized hydrogen – in which new stars are formed at a high rate.