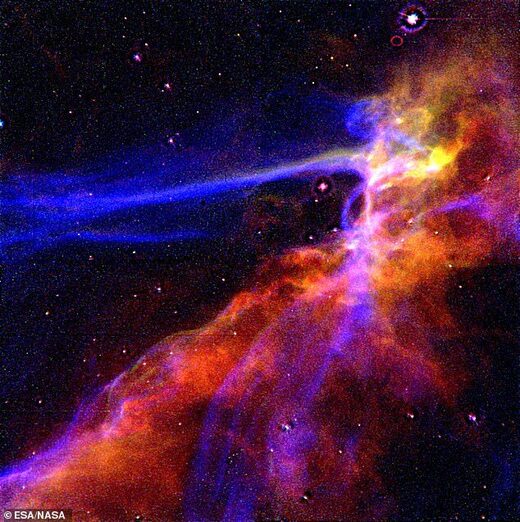 NASA’s Hubble Space Telescope has captured a stunning picture of a powerful blast wave from a dying star, 2,400 light-years from Earth.

This is the outer edge of a supernova remnant from an explosion that ripped apart a dying star about 20,000 years ago.

The European Space Agency (ESA), a partner with the Hubble Telescope, said the exploding star would be about 20 times more massive than our Sun.

This stellar phenomenon is called the Cygnus supernova blast, a name derived from its position in the northern constellation Cygnus (Cygnus).