Hubble celebrates thirty years with a snapshot of two nebulae 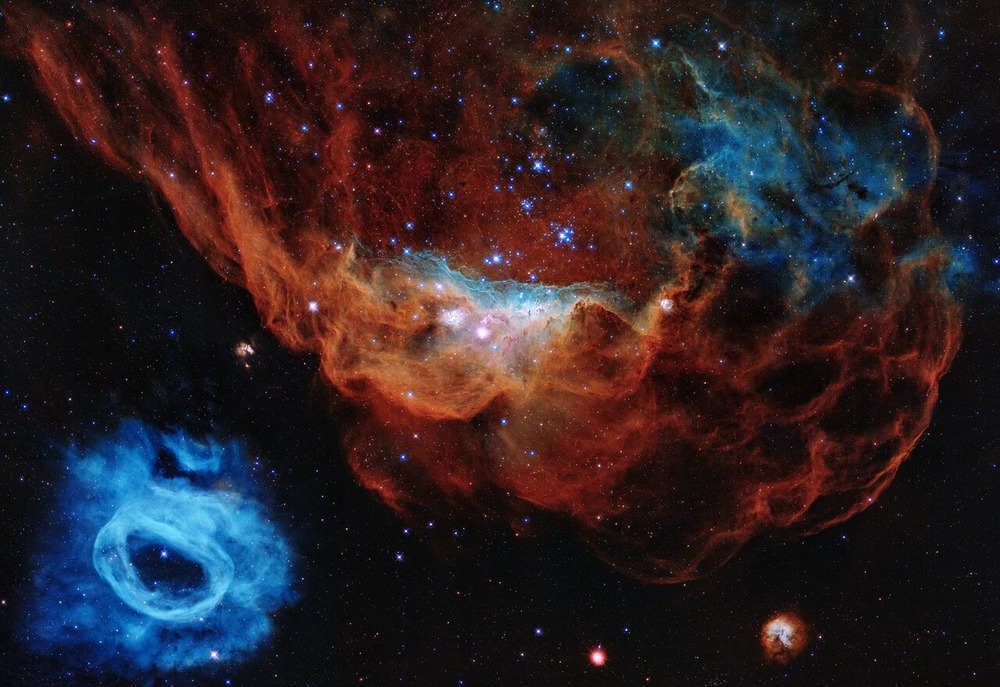 NASA has published a new image of the Hubble Space Telescope, taken for the thirtieth anniversary of the observatory’s work in space. It shows two nebulae from a large region of star formation in the neighboring Big Magellanic Cloud galaxy in our country, the observatory website reported.

Hubble is the most famous and efficient orbiting observatory currently in operation. It was launched into space on April 24, 1990, and over three decades of work in Earth orbit, conducted 1.4 million observation sessions. The total amount of accumulated data is tens of terabytes, they were used to write more than 17 thousand scientific articles in the field of astrophysics and cosmology. In particular, the observations made by the telescope played a key role in the discovery of the accelerated expansion of the Universe. This can be read about in our article “Run at 52”. So far, the scientific program of the telescope, which has already been repeatedly extended, has been calculated until June 2021. It is expected that in the future he will be replaced by the new James Webb Space Observatory.

By the thirtieth anniversary of its operation, the telescope received a new image, designated the “Cosmic Reef”, which shows two nebulae NGC 2014 and NGC 2020 located in a large region of star formation in the Large Magellanic Cloud. This satellite galaxy of the Milky Way is located at a distance of about 163 thousand light years from the Sun.

In the central part of NGC 2014, a group of bright, massive stars is visible, which with powerful stellar winds cleared the space around them from gas and dust, forming “bubbles”, and gradually destroy the nearby large gas cloud. Ultraviolet radiation from stars ionizes hydrogen in a nebula, making it glow. The NGC 2020 nebula was formed thanks to the Wolf-Rayet star, which is 15 times more massive than the Sun and about 200 thousand times brighter than it. A star actively loses its substance in the form of powerful stellar winds and after several million years can explode like a supernova.