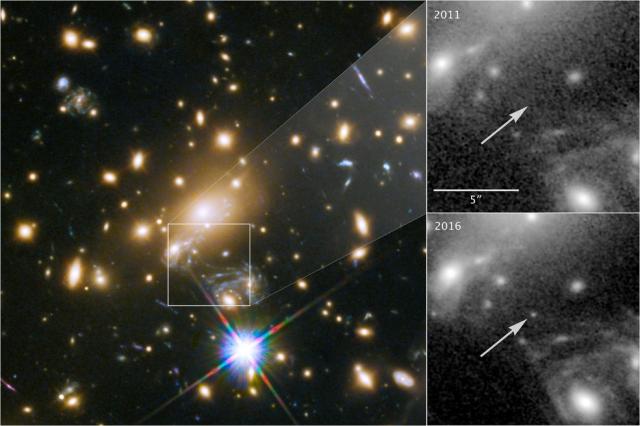 The Hubble Space Telescope has helped scientists discover the farthest star from us, reports NASA. It is located at a distance of 9 billion light years. Usually located so far away the stars are too dim to be seen, even when using the most powerful telescopes. However, thanks to the technology of gravitational lensing (the lens in this case was a massive cluster of galaxies, located 5 billion light-years from the Earth), it became possible.

Astronomers gave the star the name Icarus (Icarus). The official designation is MACS J1149 + 2223 Lensed Star 1. The star appeared when the age of the universe was only 30% of the current age.

According to scientists, the blue supergiant Ikar was in “good shape”. The star was twice as hot as the Sun.