Hubble discovered the Universe of the dwarf galaxies, characterized by mysterious behavior 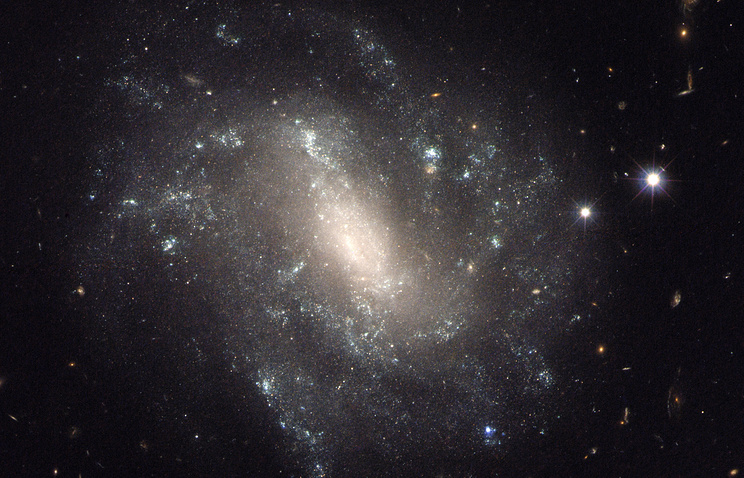 American scientists have discovered in the Universe dwarf galaxy-the hermit, characterized by unusual behavior and can not solve her riddle. As reported on Friday, the National Directorate of the USA on Aeronautics and space research (NASА), the discovery was made by the famous orbiting telescope “Hubble”.

“The study of the dwarf galaxy UGC 4879 showed that in the first 4 billion years after the Big Bang, it formed a large number of stars, but then in the process of their formation came a strange break in 9 billion years, which ended only 1 billion years ago,” said the US space Agency. According to him, “the reasons for this behavior remain a mystery”.

It was also found that UGC 4879 is far from other galaxies. Its nearest neighbor galaxy, And Leo – is it at the distance of 2.3 million light years. About the same distance separates our milky Way from the great Andromeda nebula.

“This isolation means that UGC 4879 has not interacted with any of the surrounding galaxies and remains the ideal laboratory to study the formation process of stars,” – said NASА.