Hubble discovers a comet near Jupiter 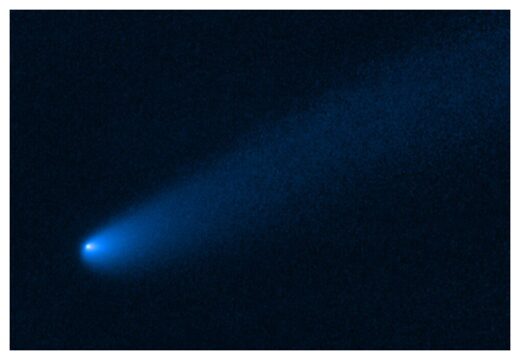 Astronomers have discovered a wandering comet that has stopped before continuing on its journey. The object made a temporary stop near the giant Jupiter.

The icy object has settled alongside a family of trapped asteroids known as Trojans, which orbit the sun with Jupiter.

This is the first time that a comet-like object has been seen near a group of Trojan asteroids. Observations from the Hubble Space Telescope show that the vagrant is showing signs of a transition from a cold asteroid body to an active comet, a long tail grows, gaseous jets of material are released, and he envelops himself in a coma of dust and gas.

The Unexpected Guest belongs to a class of ice bodies found in space between Jupiter and Neptune. Called “centaurs,” they become active when they heat up as they approach the sun, and dynamically transform into more comet-like ones.

Visible light images taken by NASA’s Hubble Space Telescope show that the object is showing signs of cometary activity, such as a tail, a jet of gas and an enveloping coma of dust and gas. Previous observations by NASA’s Spitzer Space Telescope have provided clues to the comet-like object’s composition and the gases that govern its activity.

Describing the discovery of this nascent comet as a rare event, scientists say: “The asteroid must have entered Jupiter’s orbit along the correct trajectory in order to have a configuration that gives the impression that it shares its orbit with the planet.”

The team’s work is published in the February 11, 2021 issue of the Astronomical Journal.

Computer simulations carried out by the research team show that an icy object called P / 2019 LD2 (LD2) likely came close to Jupiter about two years ago.

The planet then gravitationally struck this object and pushed it towards the orbital location of the Trojan asteroid group.

The unexpected visitor will probably not stay long among the asteroids. Computer simulations show that it will collide with Jupiter again in about two years.

The huge planet will push the comet out of the system, and it will continue its journey into the inner regions of the solar system.