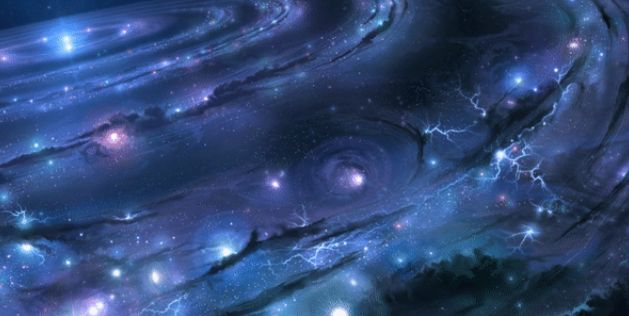 Orbital observatories “Hubble” and GAIA measured the exact distances to “star-beacons” in the Milky Way and neighboring galaxies, which allowed them to find new discrepancies in the speed of expansion of the Universe today and during the Big Bang. Their findings were presented in the Astrophysical Journal.

“It is not yet clear what these differences are related to – the” new physics “, the measurement errors or the lack of data.However, the differences in measurements do not disappear anywhere, and soon any of the theories should win, and the rest – If the “new physics” wins, we expect a complete reformatting of the cosmology, “comments Thomas Kitching, a cosmologist from the University College of London in the United Kingdom.

Back in 1929, the famous astronomer Edwin Hubble proved that our universe does not stand still, but gradually expands, observing the movement of galaxies far from us. At the end of the 20th century astrophysicists discovered, observing supernovae of the first type, that it expands not at a constant speed, but with acceleration. The reason for this, as scientists believe today, is “dark energy” – a mysterious substance that makes space-time stretch faster and faster.

In June 2016, Nobel laureate Adam Reiss and his colleagues who discovered this phenomenon calculated the exact rate of expansion of the universe today using variable Cepheid stars in neighboring galaxies, the distance to which can be calculated with ultra-high precision.

This refinement gave an extremely unexpected result – it turned out that two galaxies separated by a distance of about 3 million light-years fly at a speed of about 73 kilometers per second. This figure is much higher than the data obtained with the help of the WMAP and Planck orbital telescopes – 69 kilometers per second. It can not be explained with the help of our ideas about the nature of dark energy and the mechanism of the birth of the universe.

These discrepancies forced cosmologists to think about two possible ways of explaining this anomaly. On the one hand, it is possible that the measurements of Planck or Riesz and his colleagues are erroneous or incomplete. On the other hand, it is entirely permissible that the properties of dark matter or dark energy have significantly changed during the life of the universe, which could change the rate of its expansion.

Riesz and his colleagues checked their own conclusions in a new series of observations, during which they used not only Hubble instruments, but also the Gaia probe, which can accurately measure distances to almost all the stars in the Milky Way.

The second telescope, as Riss and his team write, has helped scientists to accurately track how bright the cepheids are at different distances from Earth. This, in turn, allowed them to remove almost all the errors associated with calculating distances to “intergalactic” luminaries of this kind, and approximately three times improve the accuracy of measuring the velocity of expansion of the universe.

New measurements of the Hubble showed about the same figure as the previous calculations of Riesz and his colleagues – about 73.56 kilometers per second. The probability of a random error, as noted by scientists, is now less than 0.01%. This suggests that the discrepancies in the speed of expansion of the “modern” and the ancient universe really exist.

So far, as the researchers note, GAIA accurately measured the coordinates of only five dozen cepheids located near the Earth and bright enough for observations with the help of Hubble and other telescopes.

In the next few years their number will grow significantly, which will allow cosmologists to achieve a “magic” mark in 1% of the error in measuring the speed of expansion of the universe. When this happens, scientists will be able to unambiguously determine whether there is an error in the measurements of Planck and Hubble, and to understand whether the speed of expansion of the universe has changed in the past.