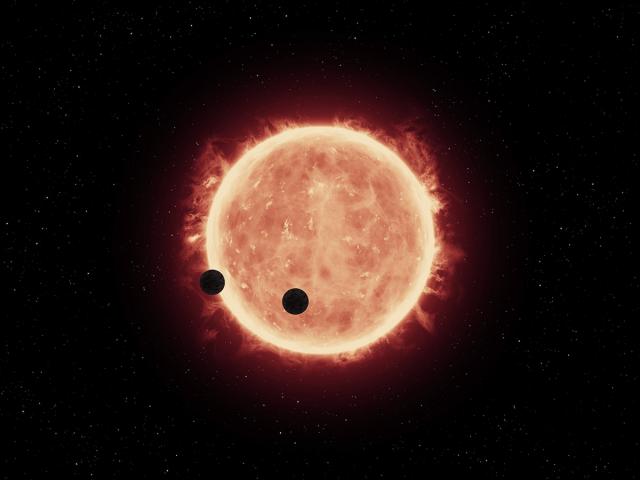 Space telescope Hubble has found the lack of two exoplanets TRAPPIST-TRAPPIST 1b and-1c extensive hydrogen shell, which is usually present in gas giants. According to scientists, this may indicate a high probability of the existence of life on these planets.

“The absence of a dense shell of hydrogen and helium increases the chances that these planets have life,” says Nicole Lewis from the Institute of space research with the space telescope in Baltimore. – “If they had an atmosphere with a high content of hydrogen and helium, there would be little chance that they can support life because the dense atmosphere would act as a kind of cap”.

Planets are at a distance of 40 light years away in the constellation of Aquarius. They orbit around a red dwarf star at least 500 million years. The exoplanet was discovered in the late 2015.

TRAPPIST-1b completes one rotation around red dwarf for 1.5 days, TRAPPIST-1c – 2.4 days. Planets are 20 and 100 times closer to its star than the Earth relative to the Sun. But since the star is much colder than ours, then at least one of the planets, TRAPPIST-1c, may be in the habitable zone.

Hubble probed the two planets may 4, 2016, when they one by one with the difference is only a few minutes passed before its star. A double pass of the planets occurs only every two years.

Further study of these two worlds might allow us to detect the presence in them the atmosphere of methane or water and to estimate the thickness of their atmospheres, scientists believe. In the future, observations of these planets is planned to connect the space telescope, the James Webb, which will be launched in 2018.