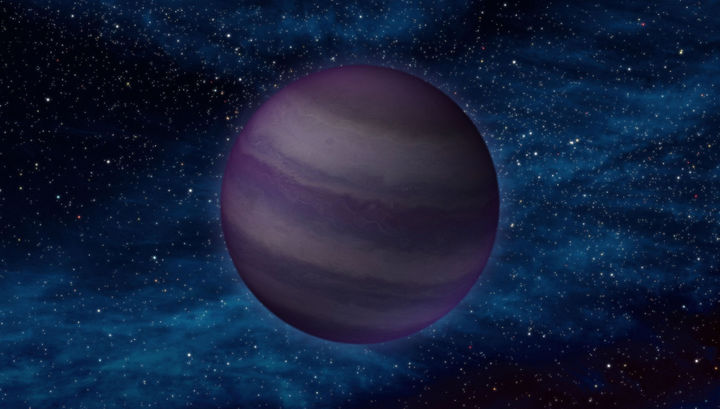 New observations of the legendary telescope allowed astronomers to open a whole company of “failed stars” in the Orion Nebula. In addition, a unique double planet was discovered and something else interesting.

Recall that brown dwarfs are an intermediate link between stars and planets. They are too large to be considered as a planet, but too small for a thermonuclear flame to ignite in their bowels. These objects are much colder than stars, and it is difficult to observe them, because they do not emit light. Meanwhile, they can be almost the most common type of celestial bodies in the Galaxy and contribute to the gravitation of the “hidden mass”, better known as dark matter.

As the press release of the new study explains, astronomers observed infrared glow of water in the atmospheres of brown dwarfs. Water molecules are so strong that they are even present on the Sun (although in very small amounts), and on cold “nedozvezdah” even more so.

First, the researchers selected 1200 candidates among the dull reddish objects. They were divided into two groups by the presence or absence of spectral lines of water in radiation. Luminaries on which water was not found, were classified as ordinary stars, which simply “hit the frame.” Their light is not red by itself, it has acquired such a shade, passing through the dust of the Orion Nebula.

But the “moist” objects caused a special interest of researchers. Some of them were too bright to be considered brown dwarfs. The astronomers took them to the red dwarfs. Brown dwarfs were also found in large numbers. 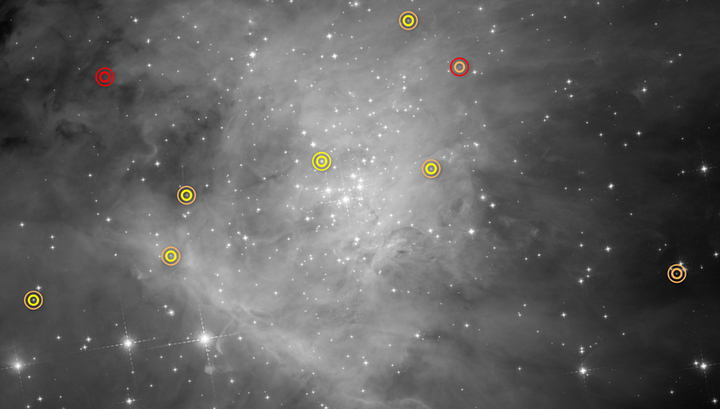 At the second stage, scientists tried to find satellites from these heavenly bodies. A dull object, extremely close to the “mother” dwarf (brown or red), is almost impossible to detect. But the specialists applied a special method of image processing, which is usually used to search for dim stars near brighter ones.

She allowed to find 17 brown dwarfs, which are probably satellites of red dwarfs and one pair of two brown dwarfs. In addition, astronomers discovered four planets. One of them is drawn around a red dwarf, one is around a brown dwarf, and two are a pair between themselves.

Strictly speaking, these observations did not allow us to determine whether the “satellites” are moving around their own luminaries. It is possible that their proximity is an apparent effect. We can see the sun through our fingers, but this does not mean that it really is between our fingers. Therefore, according to strict astronomical rules, these bodies are not called satellites, but candidates for satellites.

However, the probability that two dim objects containing a large amount of water will simply happen to be, as experts say, on one line of sight, rather small. Most likely, astronomers really deal with satellites.

By the way, “Vesti.Nauka” (nauka.vesti.ru) has repeatedly written about brown dwarfs. We told how the oldest generation of these bodies was discovered. We also talked about a brown dwarf – the satellite of the sun-like star and even the weather on these “almost luminaries”.

The study of small stars, such as red dwarfs, and “failed stars” (brown dwarfs) is very important to understand how luminaries are generally formed. Although this process is known in general terms (and we have talked about it), many key details are still a matter of controversy.

Perhaps the new discoveries of the illustrious “Hubble” will give us the key to understanding how these amazing fire islands are born in the middle of the cosmic night, without which there would not be ourselves.