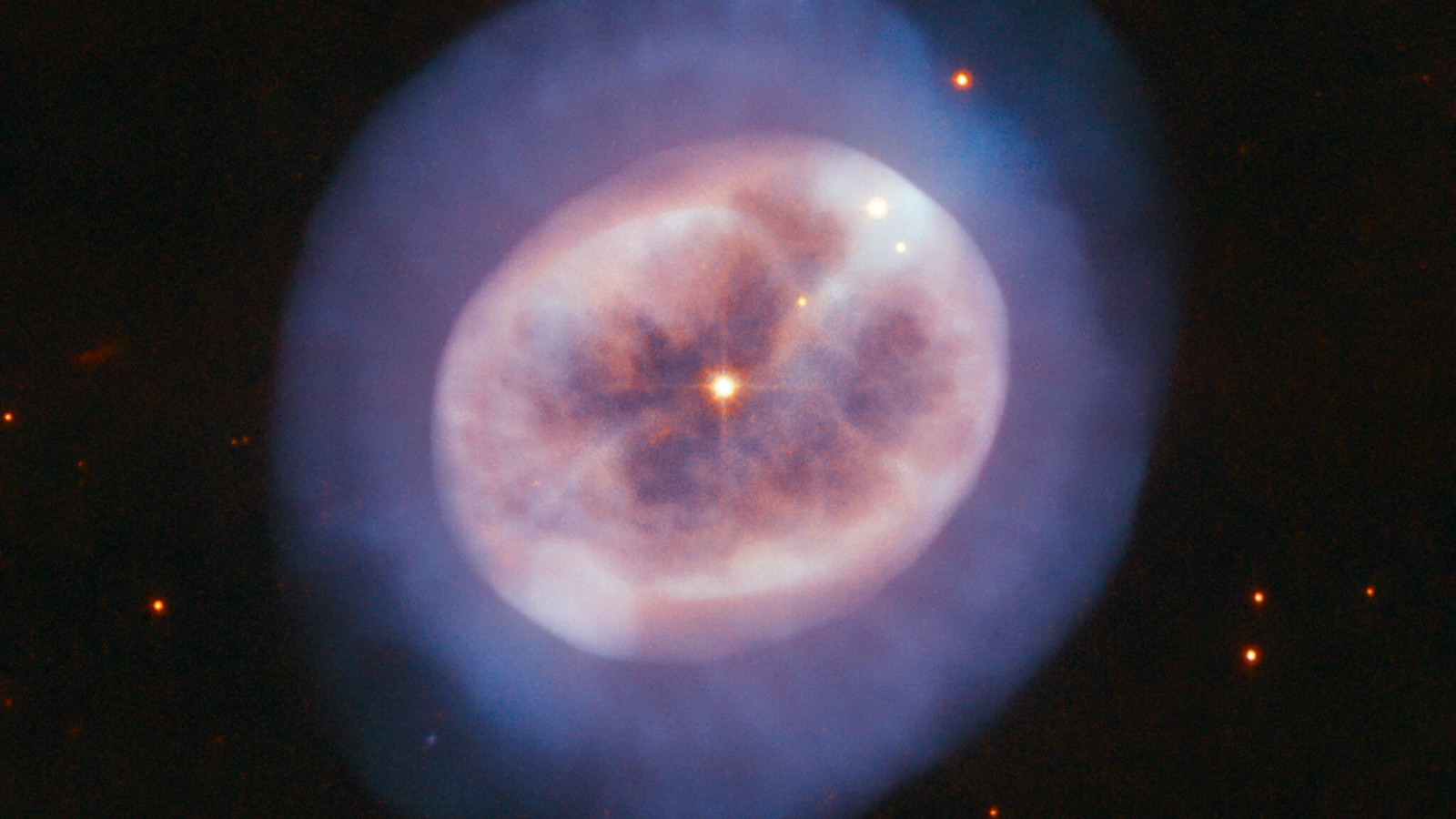 It looks more like an object viewed through a microscope than through a telescope. This rounded object is called NGC 2022 and looks like algae or jellyfish. This is a huge gas ball in space emitted by an aging star. The star is visible in the center of the ball, shining through the layers of gas that it held for most of its stellar life.

When stars like the Sun get older, they expand and glow red. These so-called red giants are starting to throw their outer layers of material into space. Thus, the star can lose more than half of its mass, forming a shell of the surrounding gas. At the same time, the core ?? of the star shrinks and heats up, emitting ultraviolet light, which causes the ejected gases to glow.

This type of object is called a planetary nebula, although it has nothing to do with planets. NGC 2022 is located in the constellation Orion (Hunter).