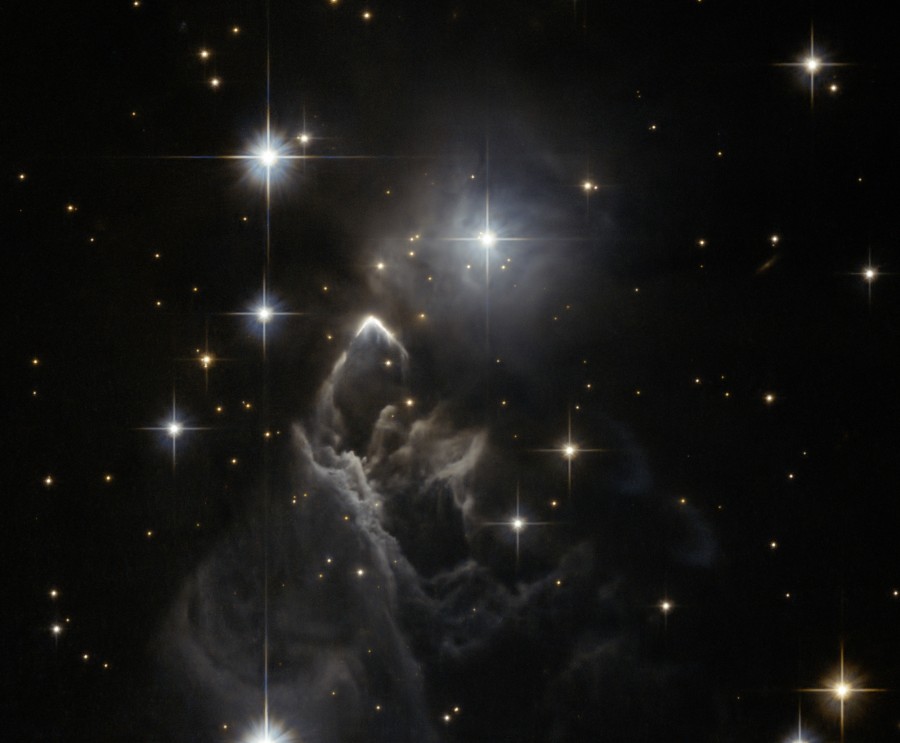 In this image of the Hubble telescope, the IRAS 05437 + 2502 nebula is imprinted. Its outline stands out against the background of its bright stars and dark dust clouds. The nebula is located in the constellation of Taurus near the central region of the Milky Way. It was discovered in 1983 by the IRAS (Infrared Astronomical Satellite) telescope, the first spacecraft to perform a full infrared survey of the sky.

IRAS 05437 + 2502 is a poorly understood object. At first glance, this is a small isolated region of star formation, which owes its form to the powerful radiation of newborn stars, dispersing the surrounding gas clouds. But there is another possibility. A boomerang that recalls a luminous arc in the center of the image can be a shock wave formed by a star cast out of a star cluster. If this is the case, then the speed of the star must be at least 200 thousand km / h.

The image of the nebula is made up of photographs taken with the help of a yellow and infrared filter. They were obtained in the framework of the survey, known as the “snapshot”. It’s about the photos that Hubble makes whenever possible during small breaks between the main observational campaigns.