“Hubble” saw the death of the great comet “White dwarf” 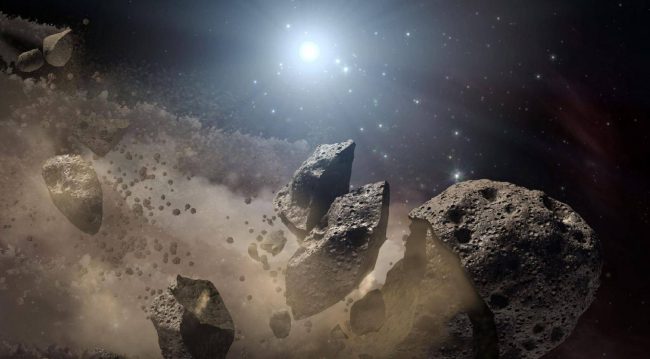 The Hubble space telescope continues to discover interesting. A few days ago he managed to capture the moment of the death star, located at a distance of over 5000 light years from Earth in the constellation the Poop, and yesterday, astronomers with the same telescope can see in the constellation of Bootes white dwarf was ripped apart and swallowed a big comet, ten times larger than those observed in the Solar system.

When white dwarfs absorb any object, its elements are distributed on the surface layers, so heavy elements gradually fall down, and, for example, gases like hydrogen or helium rise up. Because of that heavy elements can be seen only at the moment of absorption of the white dwarf planet, asteroid or comet. Sy and Xu, astronomer at the European southern Observatory in Garching, located in Germany, with the help of the Hubble telescope, have discovered that “lunch” in the process of studying the spectrum of the star WD 1425 540, located about 170 light years from our planet.

We first saw traces of nitrogen in the spectrum of the white dwarf. Nitrogen is a very important element for us, one of the basic building blocks of life on Earth. In this white dwarf contains a very large amount of nitrogen, much more than we saw any other object in the Solar system, — quotes the words of astronomer Sy and Xu RIA Novosti.

The comet, which “could have a” white dwarf, weighed about one hundred times more Halley’s comet. Having studied the phenomenon closely, astronomers came to the conclusion that they were able to open the first large comet that survived the death star.