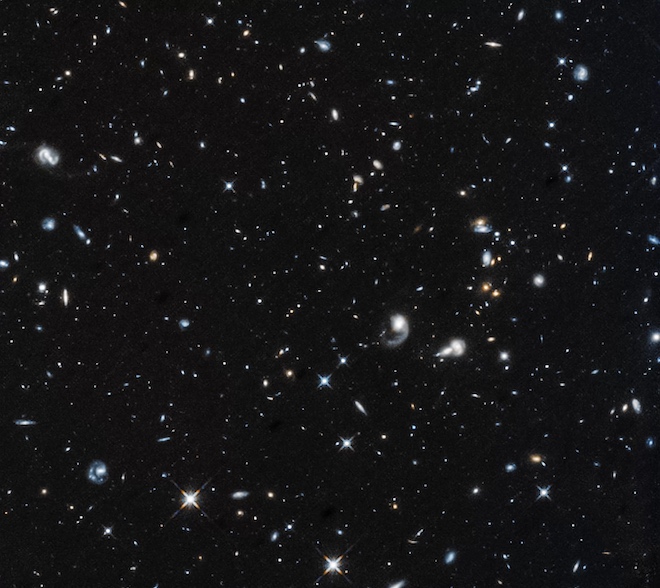 After a short break in work due to problems with the equipment, NASA’s Hubble Space Telescope officially returned to the observations and sent a new, stunning shot of a distant star-forming galaxy.

Hubble went into safe mode when one of its gyroscopes, which support orientation in space, went down. After about three weeks, the mission team was able to repair the gyroscope and return the telescope to a working state. Soon after, he aimed at a field of star-forming galaxies located about 11 billion light-years from Earth in the constellation Pegasus.

According to NASA, the new image obtained by the telescope on October 27 using Wide Field Camera 3, was the first image after Hubble returned to online mode. It is noted that the troubleshooting involved a whole team of engineers and experts who worked day and night.

The near-Earth orbital observatory “Hubble” was launched in 1990. The completion of the mission is planned no earlier than 2030.