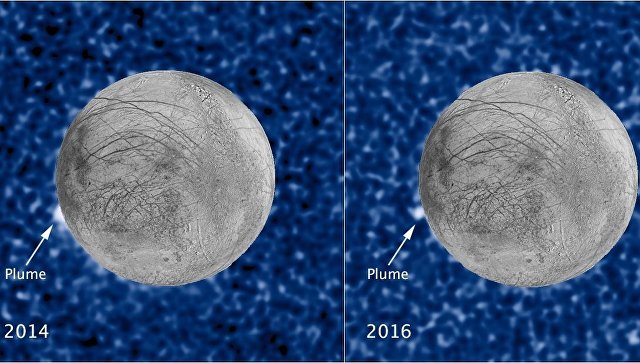 NASA published photographs of those on the surface of Europe – the satellite of Jupiter – cryovolcanoes. With the images can be found on the agency’s website.

Eruptions of cryovolcanoes were recorded by the Hubble Space Telescope in 2014 and 2016. The height of the water discharge, as seen in the photographs, in the first case is 50 kilometers, and in the second – 100.

Cryovolcanoes are located on the site of the abnormally warm surface of Europe. For the first time it was discovered by the station Galileo.