Huge plasma arch in the Sun 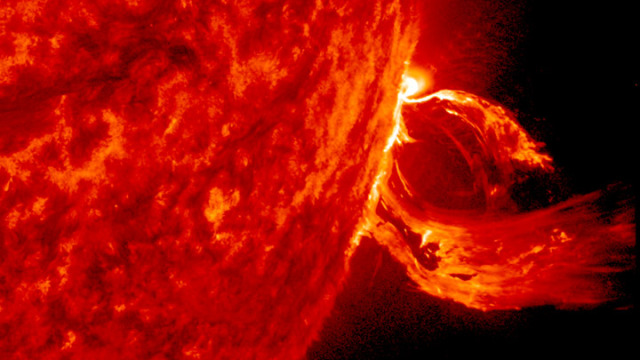 A charming animation from the solar dynamics Observatory NASA shows the surface of the Sun, formed a huge arch. This phenomenon is the result of “stretching” of solar material along the lines of the magnetic fields.

The photograph illustrates the state of the active region of the Sun on September 29. The dazzling influence of the solar activity has been seen on Earth arose the Aurora Borealis.

The animation was created using images taken by the Observatory in the extreme ultraviolet, invisible to the human eye. The image is painted in gold color, and the Agency added a picture of Earth for scale.

Of our planet was covered in green glitter when the atmosphere burst into a strong solar storm. Storm formed the hole in the outermost layer of the Sun. She allowed the magnetic field to stretch further than usual, resulting in a strengthening of the solar wind.