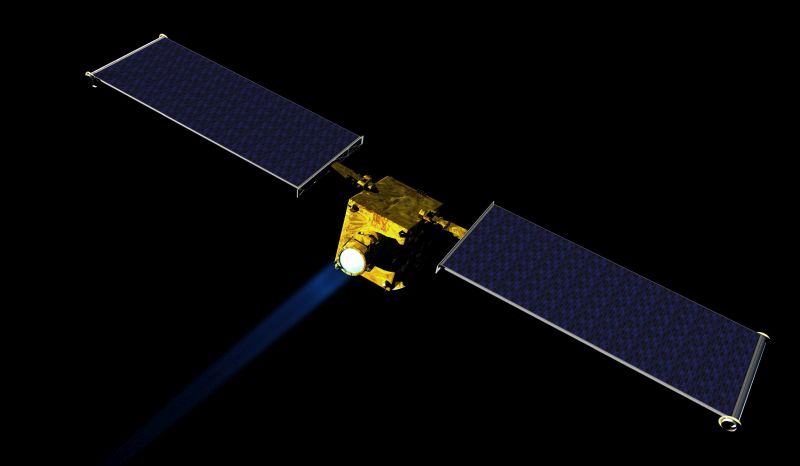 Humanity is preparing to strike at one of the objects of the solar system – but only for self-defense, and not for the purpose of attack.

This strike will be part of a new NASA mission under development called Double Asteroid Redirection Test, or DART. Unlike most of the spacecraft that the agency sent before, the DART mission sets as its main goal not to obtain new scientific knowledge, but to protect our planet from an asteroid threat.

In fact, protecting the planet from an asteroid threat consists in changing the trajectory of large asteroids that could theoretically collide with the Earth. The difference between the real protection of the planet and the fact that the fearless Bruce Willis demonstrated in the movie “Armageddon” consists only in that the deviation of the asteroid from the trajectory should actually occur repeatedly and in advance — it should start at least 10-15 years before the alleged collision, NASA scientists explained.

The scientific objective of the DART mission – the asteroid Didimos – was chosen according to several different criteria. This object is a double asteroid, so the DART can crash into a smaller stone from this pair, moving at a speed of 6 kilometers per second. Collecting information about the impact of a collision on the trajectory of the components of the dual system will be carried out using ground-based telescopes, as well as the Italian Light Satellite Cubesat for Imaging of Asteroids, which is scheduled to be sent along with the DART, and the mission of the European Space Agency Hera, which should arrive to Didimos in 2026

The DART spacecraft is scheduled to launch into space in June 2021, and its arrival at the asteroid Didimos should occur in October 2022.