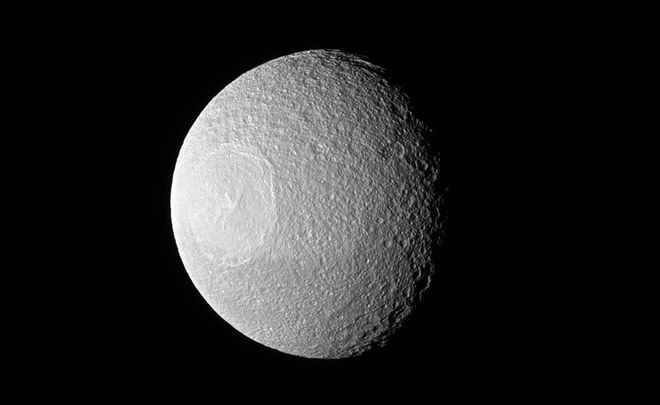 Tafia is one of the largest icy satellites of Saturn with a diameter of 1062 kilometers. 10 Nov 2016 a narrow-angle camera of the spacecraft Cassini took a picture of the largest crater of Tethys is known under the name Odyssey.

“The craters are the main structures of the surface of icy Tethys. This is due to the fact that in the depths of the moon there are no active geological processes,” scientists from the American Space Agency NASA.

In the case c crater Odysseus collision with a space object have formed the funnel of the crater, but created in the center of mountain peaks known as Scheria Montes.