If we can make Mars habitable 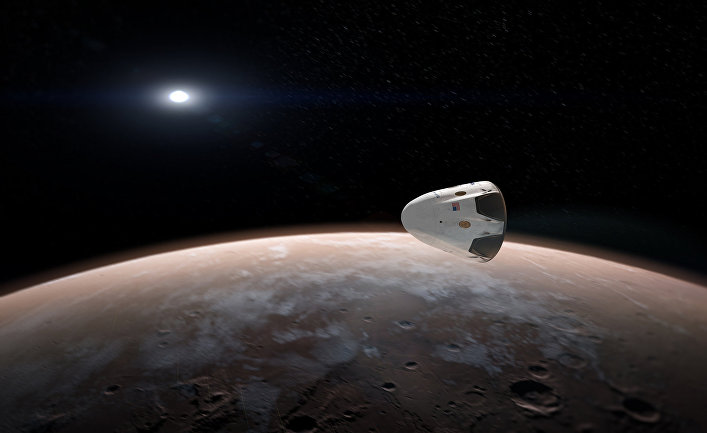 Once people understand how habitable Mars, Venus and all the Solar system, they wanted to figure out how to fix it. There is a special word meaning work on the planet to make it more like the Earth, “terraforming”.

If you want to Tinker with Mars, all you need to do is thicken the atmosphere and warm it up to the level at which there will survive terrestrial organisms. With Venus you need to do the opposite — cooling and reduce the air pressure.

But it is very difficult, the scale of such events. We’re talking about trying to change incomprehensibly vast atmospheric volume. The atmospheric pressure on the surface of Venus is 90 times the pressure on Earth. This carbon dioxide, so you will need some chemicals to get rid of it, for example, magnesium or calcium. If you can get them in quantities four times greater than the mass of the asteroid Vesta, then it will be possible.

Meanwhile, in the last few thousand years, we play an active role in the evolution of cultivated plants and domestic animals that we eat and they care about. Our Pets dog look completely different than ancestor-the wolf, from which they came. We have increased the yield of maize and wheat, modified fruits and vegetables and turned into chickens unable to fly self-propelled meat of the breast.

But in the last few decades we have got the newest and most powerful tool for life change for our needs: genetic modification. Instead of waiting for evolutionary changes to deal with selection in order to obtain the necessary results, we can rewrite the genetic codes of different forms of life, to borrow the positive properties of one species and insert them into code of another species.

Can we adapt to earthly life under conditions on Mars? It turns out that our most resistant organisms are not so far from that. During the meeting, the American society for Microbiology in 2015, the researchers demonstrated, as well resistant bacteria can feel in the Martian conditions. They found that four species of methanogens may be able to survive under the surface, consuming hydrogen and carbon dioxide and releasing methane.

In other words, under certain conditions, some earth life forms can survive on Mars now. In fact, in the study of Mars, we realized that it is wetter than previously thought, so we may inadvertently infect the planet with our own bacteria.

But when we imagine life on Mars, we think about a handful of sustainable metagenes, struggling to survive under salty regolith. No, we imagine plants, trees and animals scurrying around.

We have something that we could modify?

It turns out that the formations of lichens, a symbiotic combination of algae and fungi, there is a chance. You may have seen lichens on rocks and in other places, is not suitable for all other forms of life. And, according to Jean-Pierre de Vera (Jean-Pierre de Vera) and the Institute of planetary research at the Aerospace center Germany in Berlin, terrestrial lichens, which are stable enough for this exist.

They put the lichen in the experimental environment that simulated the surface of Mars: low pressure, carbon dioxide atmosphere, severe cold and high radiation. The only thing they are unable to reproduce, is galactic radiation and low gravity.

In the most severe conditions lichen barely survived, barely clinging to life. But in a milder version of the Martian conditions, hidden in rocky fissures, lichen continued to carry out its normal photosynthesis.

It seems that the lichen is also ready to go to Mars.

The methanogens and sustainable lichen is, of course, not exactly what the beautiful shady forest. Secondly, I’m going to talk about what we can do to correct the earth’s life forms for existence and prosperity on Mars. But first and foremost I would like to thank the Tsah Chancellor (Kanzler Zach), Jeremy Payne (Jeremy Payne), James Craver (James Craver), Mike Jensen (Mike Janzen), and 709 with all of our other sponsors for their generous support. If you like what we do and want to help, go here.

If the existing life on earth can not cope with the work, well, we just need to adapt themselves. Just as we have done in the past, using the selection, and a more modern way — with the help of correction of the DNA.

If you do not make a radical change in the Martian environment, to thicken the Martian atmosphere and raise the temperature level, it is inconceivable that we will ever be able to adapt something more complex than bacteria or lichens to survive on Mars. But if they create for us database, and other technologies will help to improve the state of the environment, it will be possible to move gradually in the right direction.

Even on protected sites within the Martian colonies our current plants and animals will likely not cope with the task.

The regolith of Mars, for example, contains the toxic perchlorates that would kill any earth plant that dared to take root. But on earth there are life forms that adore perchlorates, and probably possible to create organisms that will pull the chemicals from the regolith, and transform them into something useful, for example, in rocket fuel.

Terrestrial plants and animals live according to a 24-hour day cycle, but on Mars day is 40 minutes longer than on Earth. We can grow plants in artificial light, but if we want to use this natural Martian light, it is not excluded that it will take some adaptation.

Perhaps the biggest risk we face, living on Mars is the lower gravity. It is unknown whether will affect our life when gravity 38% of earth generation after generation. We know that we will be able for several years to stay on Mars, but can, for example, pregnancy to complete a full cycle with such a low gravity?

We just don’t know. To find out it is safe, we need to create a rotating space station, and to settle there a colony, so we will be able to change the gravity and watch what happens to the animals that had lived for generations in low gravity.

If you have problems with health, we can rely on the results of these studies and to modify the genetic code to better adapt to these conditions. And as people — is also the animals learned experience will help us and themselves to adapt and be more prepared to survive on Mars, forever.

Here is a link to a wonderful video channel Kurzgesagt on the state of genetic engineering and impressive technology, which is already at hand.

If we can change a person for life on Mars, we might be able to do it for other worlds. Imagine the distant future, where human colonies living in different worlds, adapting to survive there, combining technology and genetic modification.

It will be good and bad. Well, the human colony can survive many generations. And too bad that they can’t live anywhere else in the Solar system without going through the whole process of adaptation anew.

And you would want to permanently change your body to better adapt to life in the other world? Write what do you think about this in the comments.