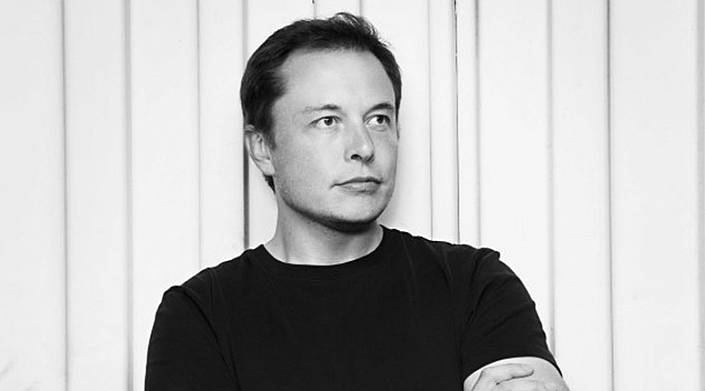 Head SpaceX Ilon Mask, perhaps, will make a flight to the Moon on a spaceship built by his company. He said this at a press conference on Monday at SpaceX headquarters in Hawthorne, California, where he was named the first tourist to make a turn around the moon on the company’s spacecraft.

This person will be a Japanese billionaire entrepreneur Yusaku Maedzawa, the founder of the Zozo website, which carries out orders for the manufacture of clothing by individual standards. Expressing gratitude for the choice of his candidacy for a flight to the moon, which had long been his dream, Maezawa invited Mask to join him in this space journey. He did not rule out such an opportunity. “As for my participation, I’m not sure <...> maybe we will both fly,” – said Musk.

At a press conference, the head of SpaceX said that the spacecraft with Maedzawa on board would launch the Big Falcon Rocket booster rocket into orbit, which is still at the production stage. Approximately the flight can take place in 2023. Maezawa did not name the amount he will pay for traveling to the moon, according to Mask she is “significant” and, in particular, will help in financing the project to create the BFR.

Last year, Ilon Mask announced that his company would send two astronauts to fly around the moon on the Dragon spacecraft, which was planned to be launched into the orbit by a Falcon Heavy carrier rocket. However, after the first launch of this rocket in February 2018, Mask announced a change in plans, saying that SpaceX will not continue to work on the manned version of Falcon Heavy.

Instead, the company decided to focus on the BFR launch vehicle project, which, in particular, is capable of delivering a payload of up to 150 tons to low Earth orbit. Earlier this year, SpaceX concluded with the administration of the port of Los Angeles an agreement on the lease of a site for the construction of an object on which the missile will be mounted. Together with the BFR, a passenger ship is being developed, in which the space tourist will be located.