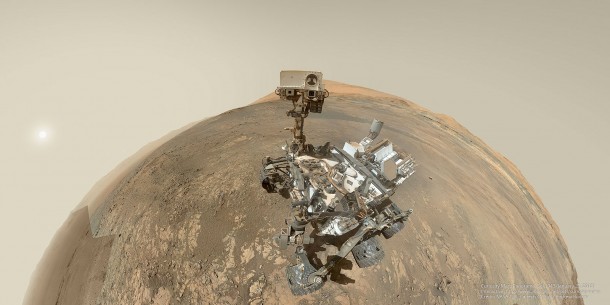 Mars Curiosity made a break in their studies for the sake of impressive selfies.

On the 1943 Martian day, that is, sol, of its stay on the surface of the Red Planet, the Curiosity rover made its selfie in the southern Martian region known as the Vera Rubin Ridge.

It is worth recalling that the Martian day (sol) is about 40 minutes farther than the Earth day. The 1943th salt of the rover on the surface of Mars corresponds to the Earth date on January 23, 2018.

The complex composite self-portrait Curiosity presented above was created on the basis of 61 photos made by the MAHLI camera.

In the image, Curiosity appeared against the backdrop of Sharpe’s mountaineer (another name is Eolide).