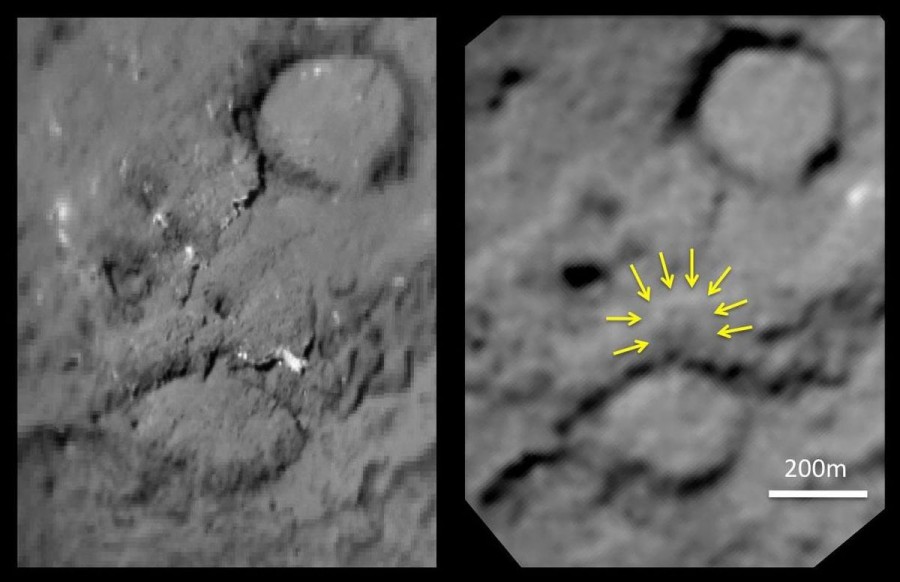 NASA is very fond of planning the space missions in such a way that their significant stages were on July 4th. For example, on July 4, 1997, the Mars Pathfinder station with the Sojourner rover landed on Mars, and on July 4, 2016, Juno arrived at Jupiter. But still the most spectacular was the celebration on July 4, 2005. It was on this day that the 370-kilogram drummer struck a comet 9P / Tempel with the Deep Impact station.

The purpose of the bombing was to study the depths of the comet. Deep Impact instruments had to analyze the substance released by impact. Prior to the beginning of the mission opinions differed opinions about what would result in the bombing. But the result surpassed all expectations: the collision caused a massive outburst of cometary matter. According to various estimates, 9P / Tempel lost about 5 thousand tons of water and 10 to 25 thousand tons of dust.

Analysis of the ejected substance showed that the comet consists of water ice, volatile fractions, carbonates, polynuclear aromatic hydrocarbons, sulfides and other components.

After the collision a shock crater remained on the 9P / Tempel surface. The quality of the images Deep Impact did not allow to accurately estimate its size, so NASA decided to send the device to the comet Stardust. On February 15, 2011 it passed at a distance of 200 kilometers from 9P / Tempel. Station cameras photographed the Deep Impact left a 150-meter crater.