In 2017 there will be a full solar Eclipse 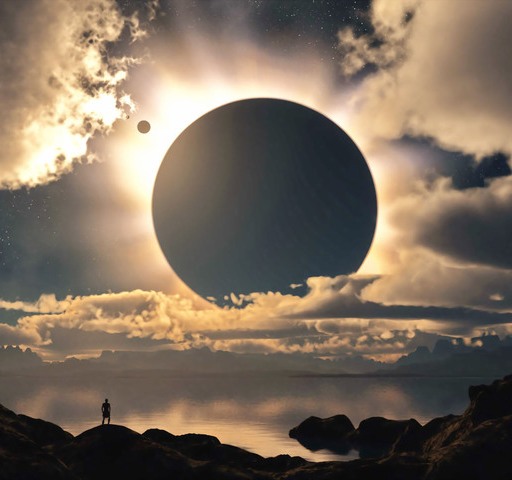 In 2017, we are lucky to witness the two solar eclipses: total and annular and lunar eclipses – penumbral, and private.

What is a full Eclipse of the Sun to guess it is a phenomenon in which the Moon completely covers the disk of the sun, and people watching from the Ground for a while, the Sun will not be seen at all.

Lunar eclipses occur only during full moons, in 2017, there will be two penumbral and private. To understand what it is should know about what the shadow and penumbra. These definitions are especially familiar to artists, because they have to work with similar techniques in painting to create the illusion of volume to the object on the paper.

In life the shadow and the penumbra is found everywhere. But the large scale of the phenomenon is in space. The moon casts on the Ground her shadow, around which there is a larger circumference partial shade – shade, which the sun’s rays penetrate, making it transparent and weak.

The influence of eclipses on man

In addition to psychological effects, lunar and solar eclipses have an impact on human health. During such events, there are cases of hypertensive abnormalities, which may cause headaches, palpitations and even irritability.