In 2018, the Earth is threatened with the fall of 34 asteroids 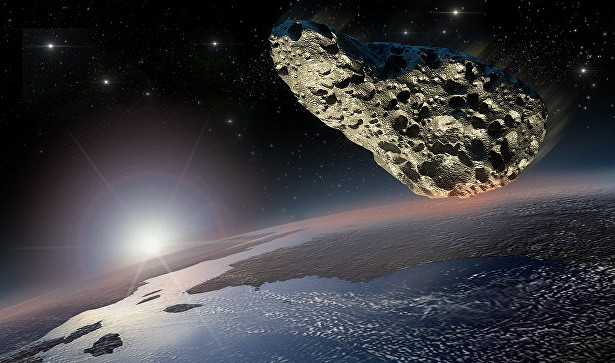 Asteroids, whose size exceeds 100 meters, in 2018, 34 times can get close to the Earth at dangerous distances.

“In 2018, dangerous encounters with such asteroids are projected 34 times”

According to the Center “Antistikhia”, in 2017 more than 730 asteroids have approached the Earth at a distance of less than 10 million kilometers. Of these, asteroids of diameters over 100 meters dangerously converged with the Earth almost 100 times.
To large space objects are asteroids, whose diameter is more than a kilometer.

About 120 very large asteroid craters are known on Earth, in Russia the largest of them is the Popigay hollow in the north of the Siberian platform. The dimensions of the inner crater are 75 kilometers, the outer crater is 100 kilometers; The catastrophe occurred about 36 million years ago.

By the fall of one large meteorite, some scientists explain the mass extinction of living organisms (about 250 million years ago). Another meteorite, according to the hypothesis of Luis Alvarez, led to the extinction of dinosaurs.

Comparatively smaller objects also pose a serious threat to the Earth, as their explosions near populated areas as a result of a shock wave and heating can lead to significant disruptions commensurate with the damage from an atomic explosion.

Only by chance the fall in the uninhabited area of ​​the Tunguska meteoroid of 1908 did not cause such consequences.